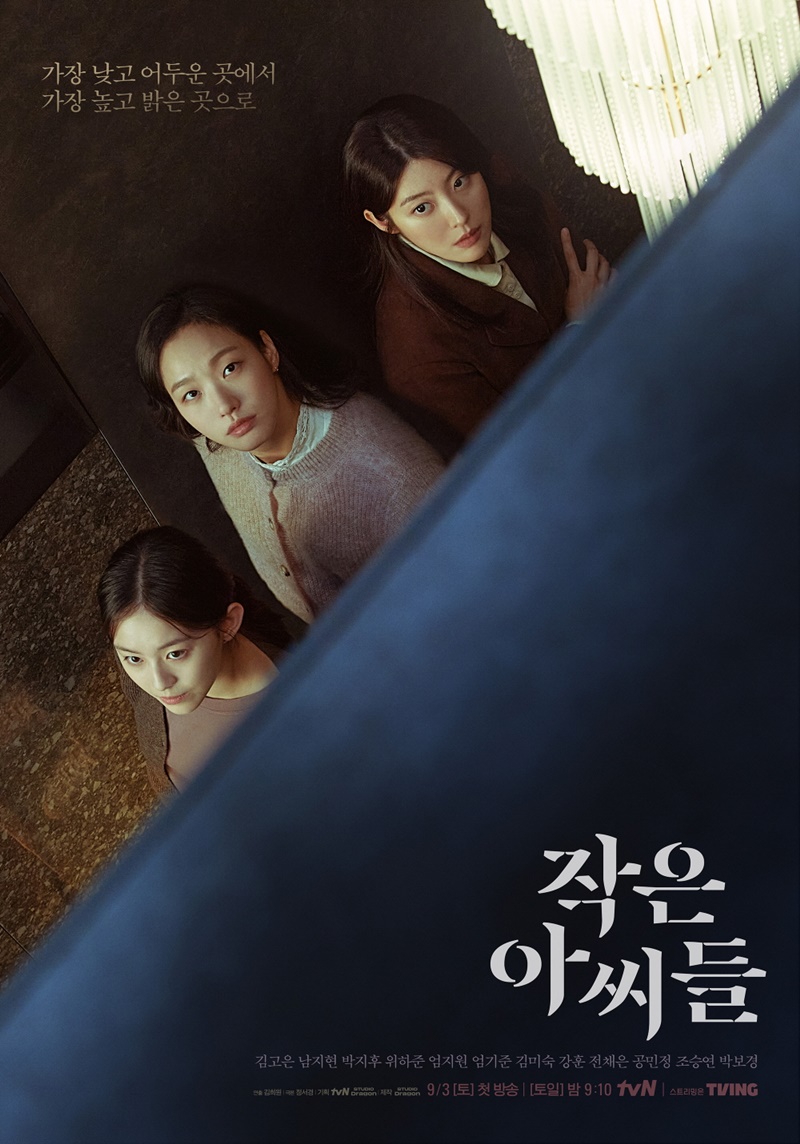 Three sisters get involved in a case that leads them to fight against the richest and most influential family in South Korea.

Oh In-Joo (Kim Go-Eun) is the oldest sister sister. She grew up in a terribly poor environment and she is still poor. Since she was a young child, she realized that money was the most important thing to protect herself and her family. Her dream is to live an ordinary life like other people. She gets involved in a case that could change her life.

Oh In-Kyung (Nam Ji-Hyun) is the middle sister. She is an enthusiastic reporter at a news station. She believes in doing the right things. She also has always been poor, but money doesn't rule life. She now begins to dig into a mysterious case that she first faced when she first became a reporter.

Oh In-Hye (Park Ji-Hu) is the youngest of the three sisters. She is a student at a prestigious arts high school and she has a natural talent for painting. She often feels her two older sisters’ love for her is too much.

Grace Aug 17 2022 12:16 am It's good if this is a modern take on the classic novel, but the plot is so different. Also the eldest girl was not the main character in the novel or the 2019 movie. Not sure how this is "based" on the novel.

Can't wait, hope it will not be hectic, Joo tan dae from penthouse is there... Anyways I sincerely can't wait... Love you all

Lan Aug 06 2022 8:48 am We're so excited to see the Oh sisters. Fighting Little Women team!!! Rooting for ggone, hyunnie and my bb jihu. Lots of love to all amazing actors.

Rodlyn Aug 05 2022 9:48 pm Well fyi herry and Betty girl casting directors knows better. If you don't like her shut up, y'all always in jihu's business.

Jihu is an amazing actress with her multidimensional acting skills, At age 17 won several awards both international and korea yeah stay mad no one's doing it like park jihu.

Marwa Jul 28 2022 8:59 am I'm really excited for this drama, I loved the tree girls cause it was really their roles, but we should know at first what the story talk about, but I well be excited to watch it.

Alexis Jul 02 2022 6:47 am Is it the Korean drama version of Little Women movie which starred Saoirse Ronan or not? But I see that the plot is quite different.

Yunita Mar 01 2022 6:13 am little women is one of my favorite movie so i cant wait korean version especially all the casts is my fav too. Good luck for all the casts. Park Jihoo, Nam Jihyun and Kim Goeun you are the best tho <3

wntrina Feb 15 2022 10:09 pm I watched house of hummingbird and I'm astonished by Park Ji-hu's acting at such a young age. she always delivered the best she can and it's no surprise she won so many awards. Like user prezedt said, despite having little badass and fighting scene, and being criticised of being 'weak' in AOUAD she's actually immersed in her character so well that many people hate her lol. I can't wait for this drama as I'm a fan of Nam Jihyun too! Last time I watched her was in witch's diner and I enjoyed it! It does end on a a good note but her chemistry with Song Jihyo is so good that I craved for more episodes

prezedt Feb 15 2022 6:50 am I watched Jihu's first lead role in the big screen, House of Hummingbird, and was amazed by her great skills at such a young age and being new to the industry. I also watched AOUAD because it was all over my feed and her role is the most outstanding to me. I saw viewers hating on her character just becasuse she isn't physically strong but the fact that she stands out without baddass/fighting scenes and few viewers were frustrated at her character, that means she acted her character real well and amazingly. She's only 18 internationally, but she's already doing great, it's not a surprised she already won 7 major awards at the age of 15 & on her first lead role.

I don't usually watch kdramas, but I will surely look forward to this one because the main roles are all actresses who excelled on this field. Park Jihu's future is going to be great.

So Lala Jan 10 2022 11:49 am Oh, the writer of Sympathy for Lady Vengeance? I'm in. Looking at her list of works reminds me of Sofia Coppola. They both have their own unique point of view in describing women in motion pictures.

Eskimo Dec 28 2021 6:40 am Woah this writer is a frequent collaborator with Park Chan Wook. This story must be good!

XYZ Dec 25 2021 10:52 pm I am so excited of Little Women.. The writer specially her first drama convinced me her writing is magnificent her characterization are concentrated in the story rather than the leads ..The script of Mother was perfectly interwoven to give you the sense of completeness of storytelling & the phasing & sequence in every episode is like a movie as a whole … Little Women Through her writing will become the new masterpiece I korean drama ..

Tita Dec 24 2021 12:17 am Female director, female screenwriter, and all 3 great actresses. This is all I want in a drama!! Can't wait for this. My girl GoEun will be so busy again next year but I'm so glad she accepts it. Yumi's cells 2 and Little Women is everything I need. 2022 is definitely her year ❤️

Tino Dec 22 2021 11:07 pm I really can't wait for this, the actresses that where cast for this are part of my favorite actresses when it comes to kdrama... And from the storyline i think this is gonna be a great one