Legend of the Demon Cat 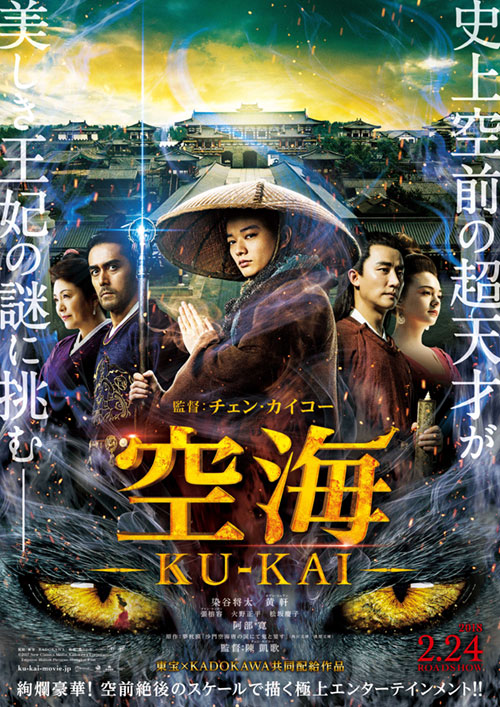 Kukai (Shota Sometani) is Japanese Buddhist monk. He is sent to the Tang dynasty in China to learn about Chinese culture and its civilization. He affirms his determination to learn everything about Vajrayana. Due to some case, he knows poet Rakuten Haku (Huang Xuan) and gets close with him. During that time, powerful men in the capital die continuously. Kukai inquires into these cases with Rakuten Haku. They face a big mystery made by history.