Leafie, a Hen Into the Wild 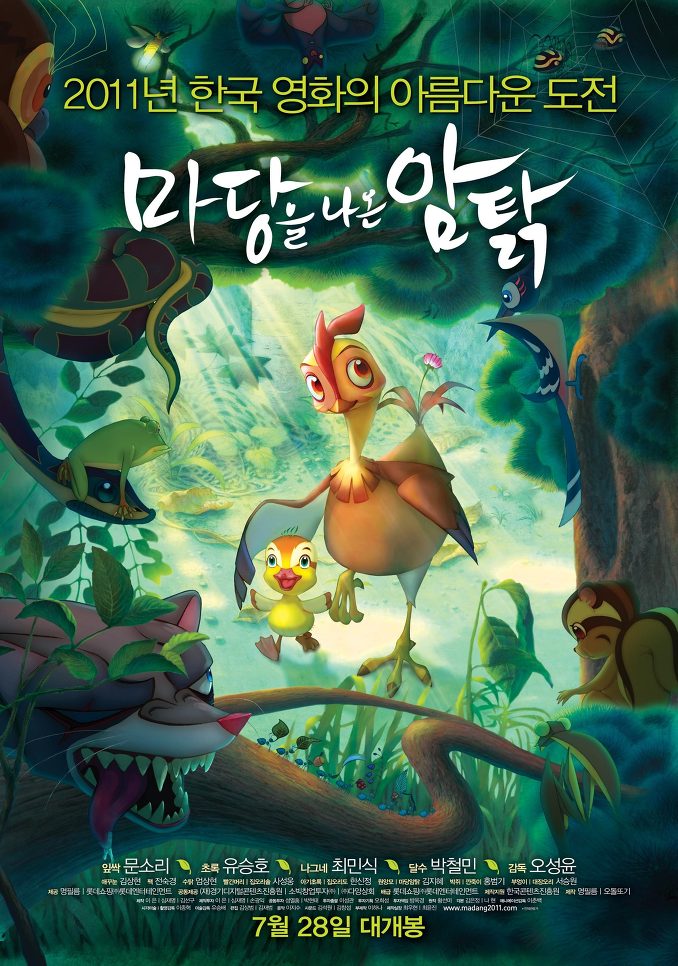 A hen named Leafie (Moon So-Ri) lives caged up in a chicken farm only to produce eggs. Leafie dreams of going out into the yard she sees outside of the chicken farm and to lay eggs freely. Leafie then starves herself for several days, pretending she can't lay eggs anymore. Finally, Leafie is dumped into a puddle. She is able to get away from the puddle and into the yard. A one-eyed weasel is about to eat Leafie, but she able to save herself with the help of a mallard drifter (Choi Min-Sik).

Finally, Leafie lives freely within nature with the help of the mallard drifter and Dal-Soo (Park Cheol-Min). She becomes acclimated to her surrounding and enjoys her freedom. One day, Leafie finds a duck egg and for the first time, Leafie incubates the egg. In the meantime, the mallard drifter dies while protecting Leafie and the duck egg from the one-eyed weasol. Finally the egg shell is broken and the baby duck comes out. The baby duck thinks Leafie as her mother. 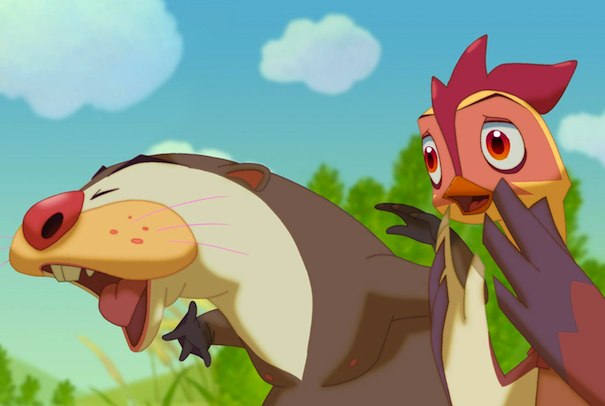 poppy Apr 30 2016 9:29 am Haven't watched the movie yet but if the novel was so good than i'm sure the movie would be worth watching. Anyone who has watched the movie and liked it - and likes to read - should definitely read the novel. Highly recommended. Short and lovely read.

Anon Aug 08 2012 3:43 am A moving, heartfelt film that has been lovingly crafted. The writing and storyline might be pedestrian and even vulgar at times, but the stunning art design and powerful ending more than make up for it.

Score: A- A definite recommendation.

KDA Feb 05 2012 2:10 am I really want to see this! With all the art that Korea has it's really surprising that there's not a large market for animated series or film. It's almost non-existent so this is a huge rarity and I hope it will be a milestone.