Laughing Under the Clouds 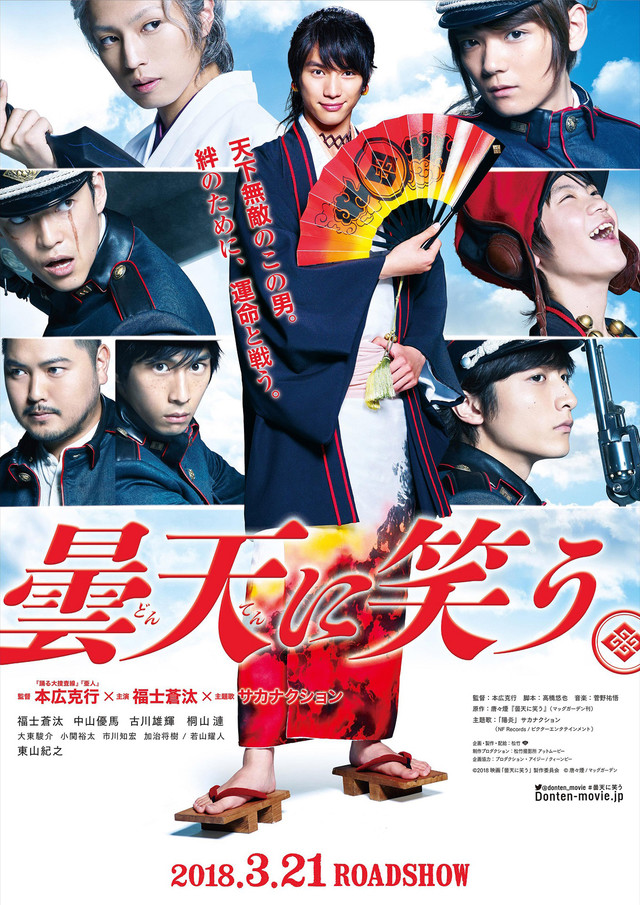 Set after the Meiji Restoration in Otsu, Shiga Prefecture, Japan.

Orochi is a giant snake with enormous power. The giant snake revives once every 300 years and brings disaster to the people. This year is the year of Orochi’s revival.

Himecchi Aug 20 2020 4:13 am To think that Yuki and Kaji will be on the same project again hahahahaha hope they’ll have scenes together just like in Itakiss

dee Apr 10 2018 12:34 am Wah. Furukawa Yuuki! I just finished watching Erased last week and I enjoyed watching him in it. Now I'm set to watch more of his works. :D

Smile Oct 11 2016 5:36 am If you love the Meiji restoration and historical of Japan, you would love this one. Eto anu...the film was done shooting! I really really enjoyed it on anime and I hope the live adaption would be better too. Looking forward to 2017.

Tanoshimi Oct 11 2016 3:05 am I finished the anime in one day. I love Soramaru and seiyuu Yuki Kaji. And crying to wait it. I recommend it to all viewers to watch it.

Dulalopo Sep 04 2016 4:41 am Seriously i can't eait for this to come out. Heck i would be over the rainbow if the trailer is out soon!! The manga itself made me cry like crazy but wasted my tears!! But it was worth it.

Hunan Aug 18 2016 9:53 am Ohh Yuki Furukawa and Sota Fukushi For Yuki Furukawa's fan--- it takes so long for him to be appeared I am almost old to see your activity after kiss in Tokyo