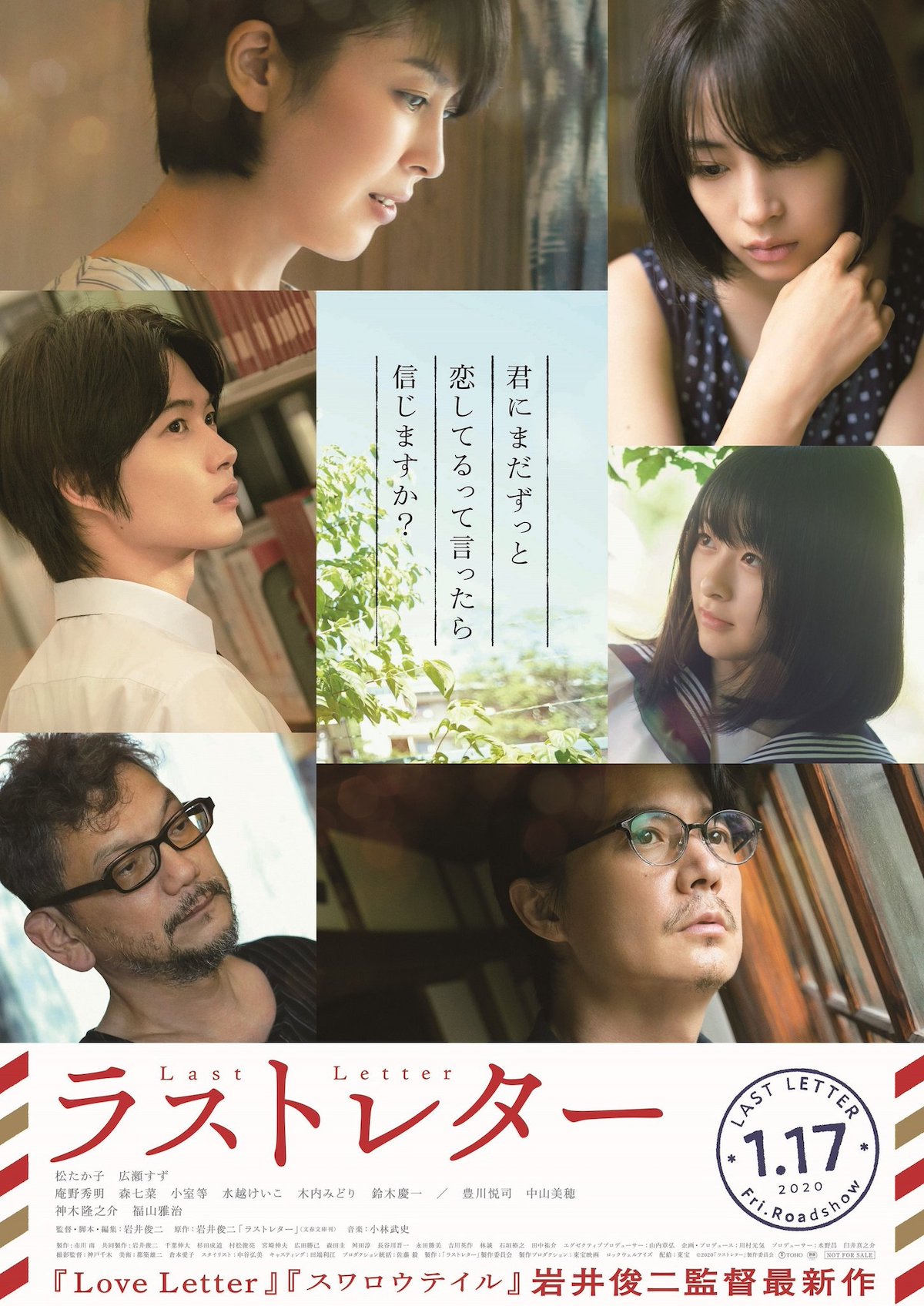 Yuri Kishibeno (Takako Matsu) is a housewife. She lives with her husband (Hideaki Anno) and their two children. Yuri Kishibeno then attends her sister Misaki Tono's funeral. There, she meets her niece Ayumi (Suzu Hirose) for the first time in many years. Ayumi is still unable to accept her mother's death and, because of this, she can't open a letter left behind by her mother. Yuri Kishibeno attends her sister's reunion to inform them about her sister's death. A misunderstanding occurs at the reunion and Yuri Kishibeno is mistaken for her late sister Misaki Tono. Yuri Kishibeno meets her first love Kyoshiro Otosaka (Masaharu Fukuyama) who mistakenly believes she is Misaki Tono. Kyoshiro Otosaka is now a novelist. They exchange contact information. One day, Yuri receives a message from Kyoshiro that says "can you believe that I am still in love with you?"

I.R. Apr 09 2021 2:33 am (NO SPOILERS) Finally watched this film. For those who are looking for a rehash of Shunji Iwai's beautiful 1995 masterpiece "Love Letter" you might enjoy it. The film itself looks gorgeous as expected from Shunji Iwai and the score is good and the storytelling/acting is quite impressive.

The pacing of the film gets a bit strange and the overall mood is incredibly somber after the first half. While "Love Letter" managed to make us laugh and smile and cry right up to the very end, "Last Letter" takes a nosedive into full-on despair and some of the character arc's aren't really that drawn out either which is a bit troubling.

While most loose ends are tied up a couple of the scenes feel out of place (particularly the one at the bar). Furthermore, I feel like there's a lot more that we wanted to know which we never found out despite the long runtime. Regardless, the film is quite touching and pretty, as one would expect.

Minjooshi Oct 14 2020 10:38 am I've watch the movie.. it was a very good movie, but not as exciting as the first one.. (i really love Love letter) Just my excitement died down when Kyoshiro told Yuri that he already knew she wasnt Misaki too early.. :( It was exciting and thrilling when they started to exchanged letters, then Ayumi and Soyoka.. xD it was fun..

overall, it was a very heartwarming and beautiful movie, i love every scenes ( except the scenes of Misaki's jerk husband) ..seriously, if i were Kyoshiro, i would have punch him to death!! He just quietly listened to that jerk's nonsense! I was a bit disappointed xD

The most beautiful scene for me was when the two girls Ayumi and Soyoka, was walking at the old school (with the dog). ^_^ the two girls looked like Angels.. (bet Kyoshiro too? Lol)

coooookie Aug 24 2020 9:01 pm @Hani Oh - it's not exactly related to the Chinese movie but both of them are based on the novel 'Last Letter' written by the director Shunji Iwai himself. Hope this helps :)