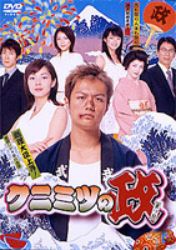 Kunimitsu is a man with the crazy dream of wanting to reform a corrupt Japan. This story of how he sets his sights on becoming Prime Minister starts out with him running for mayor in a touching "world-reformer" comedy that depicts how miracles can happen in a small town.A champion when it comes to being overeager, he does everything with lots of flair and overreaction. He has his own strong principles and sense of justice. Aiming to become a statesman, Kunimitsu is supposed to work as a secretary for the town council of a small town, but by a strange turn of events he becomes a substitute teacher in a primary school. The school elections act as the impetus for sending a passionate message out to the community as he deals with the various problems of the students and their parents. He wakes up the people in the town as they had for the mayoral elections coming up soon.