Kotaro Lives By Himself 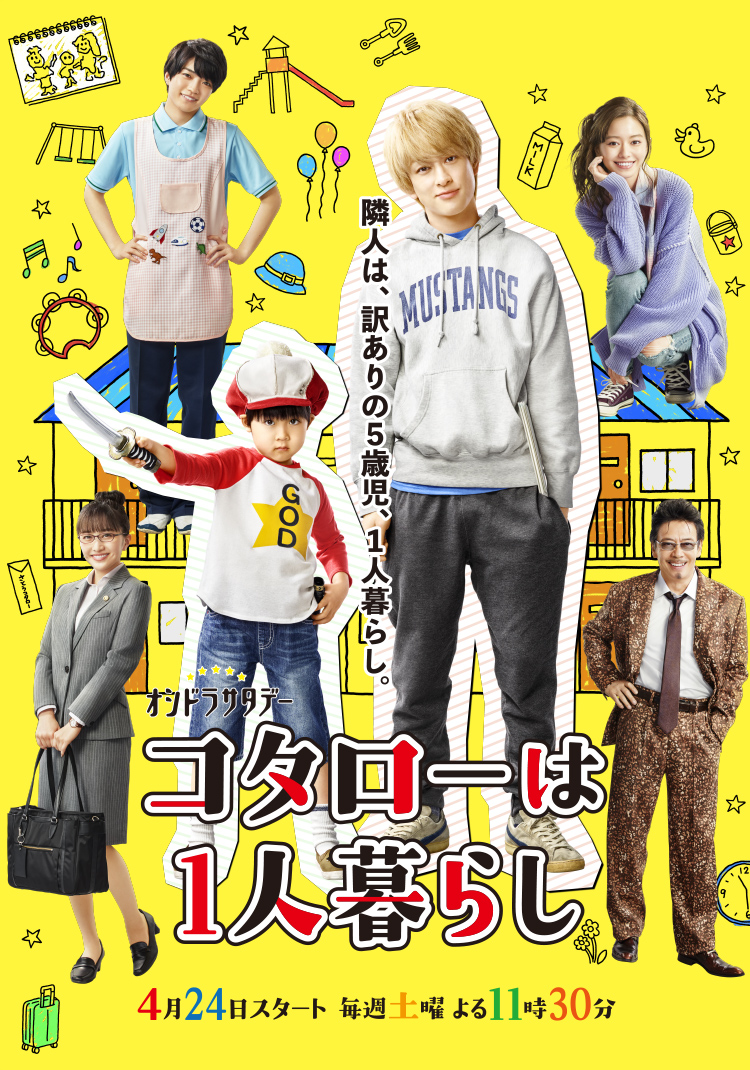 Grandmalee Sep 25 2021 3:17 pm Still confused about the law in Japan. In North America, I think, every young child under 12 will have to have supervision of an adult while at home, a parent or a baby-sitter. Are there no similar laws in Japan? I did notice the lawyers and the law office in the series, but can they set something up like that with the superintendent (Kotaro living by himself) on their own, under the table or above the law, if such a law exists?

Miu Hozuki Sep 11 2021 2:46 am Indeed it is not possible for a five year old child to live alone. They hint aplenty in the drama that the Lawyer who is assigned to him, that is the law firm owner, made a deal with the apartment owners ( like friendship favor ). To those who can understand some asian culture at least, it's fairly well hinted.

The owner says the foster homes did not end well for Kotoro, so, he rather choose to teach the kid independence than love of parents. He always wonders if it was a right decision or not, but when he saw how well kotoro got along with rest of the residents, his heart has calmed down!

not possible for a five year old to live alone any where easily.

Grandmalee Sep 05 2021 9:56 am My first question when watching this drams: Is it possible for a young kid of 5 to live by himself in an apartment in Japan? The show doesn't seem to follow norms and logic. Apart from the aspiring manga author played by Yu Yokoyama, few other characters make good sense. Why Issey Ogata plays double, in an awkward manner, as the superintendent couple is totally beyond me. There are funny moments in the series but not enough to warrant a positive recommendation.

Mesila Aug 20 2021 9:47 am This drama is so cute and heartwarming ?. Cant wait for s2 where kotaro will grow up with his apartment's friends. And cant wait until kotaro find out the truth about his mother and karino with him when he knows that.

All the way from Philippines

Rajratna Aug 04 2021 8:38 am Eagerly waiting for season 2 Thanks for such a heart warming and lovely drama

Dora Mui Aug 02 2021 8:41 pm What a wonderfully whimsical series! I was skeptical at first, but the kid actor was captivating. Finished it all in one go... don't think I even blinked.????

eve Jul 30 2021 4:06 am This is really a great series. Very heartwarming and I am looking forward for the next season.

Pickle Jul 28 2021 4:42 am This is a very heartwarming drama. All characters are so cute and perfectly cast. I cant get enough of Kotaro. Even if it has 100 episodes, i’ll still watch all of it.

Momo-jí Jul 26 2021 1:21 am This series is very good. It brings warmth feeling for those who watch it, it teaches how you respect your family. Totally wholesome, please continue to season 2. Arigatou.

WareWareWa Jul 24 2021 11:33 pm This show just came up on Netflix. I'm up for anything with Namase-san in them, and this one is adorable. The kid actor, Eito-kun, is great. If you love Japanese show where the character speaks in a period-samurai-accent in the modern era, this show is for you.

DramaMama Jul 22 2021 11:52 pm I just started watching, like 2 episodes. The drama absolutely just hooked me in. I am wondering why is he living alone? I can just see the residents there becoming a family for Kotaro.