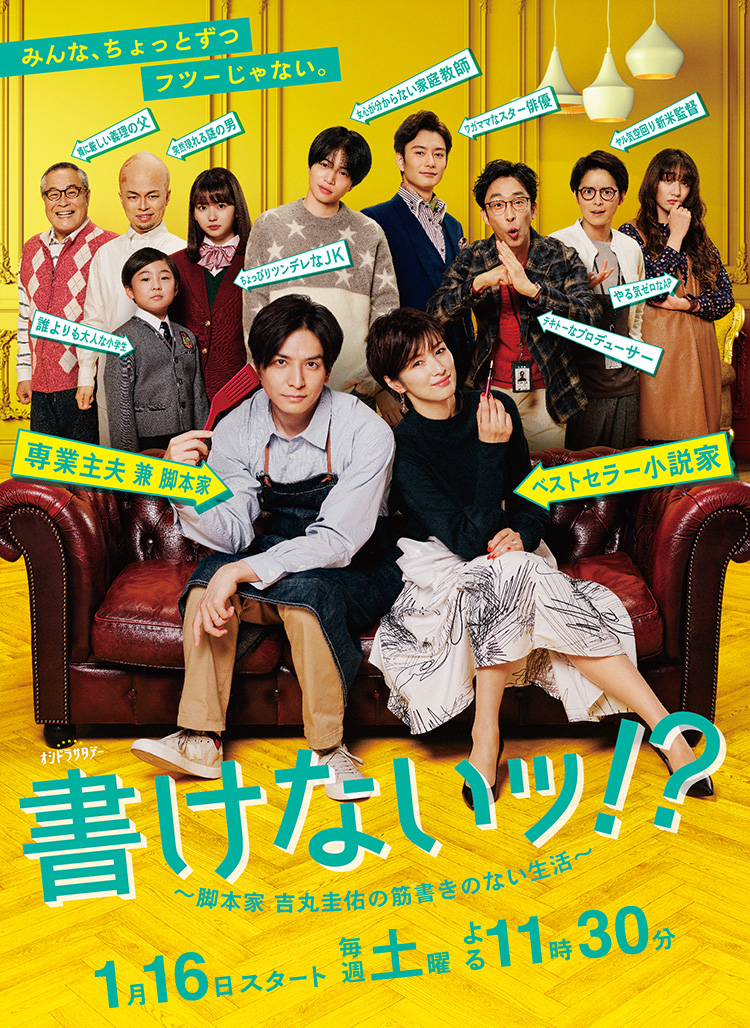 Keisuke Yoshimaru (Toma Ikuta) enjoyed watching drama series and wanted to become a screenwriter. He took part in contests to become a TV screenwriter, but he failed. Eventually, he gave up on his dream and began working at a real estate company. There, he met Nami (Michiko Kichise) as a client. She was a single mother and worked at at bookstore. They fell in love and married. Nami also wrote a novel that became a best seller. She is now a 39-year-old best-selling writer. Meanwhile, Keisuke won a contest to become a drama series screenwriter at the age of 32 and he quit his job at the real estate company. He is now 37-years-old, but he doesn't have any projects to work on. He takes care of the kids and does housework. One day, Keisuke gets his big break. He gets the chance to write the screenplay for a prime time drama series after the main screenwriter quits. He is excited and begins work on the script. At first, Nami worries if Keisuke is able to write the screenplay, but she sees how hard he works and begins to support him.

TINS Nov 12 2020 3:56 pm Whoa... Ikuta san with his wife work together in this drama? Oh m-m i mean ppl who look like her wife in older version hohoo, and in Maou drama Kichise san is his sister in law haha I think after orebana, need a long time for ikuta san to take new project, but yass finally...