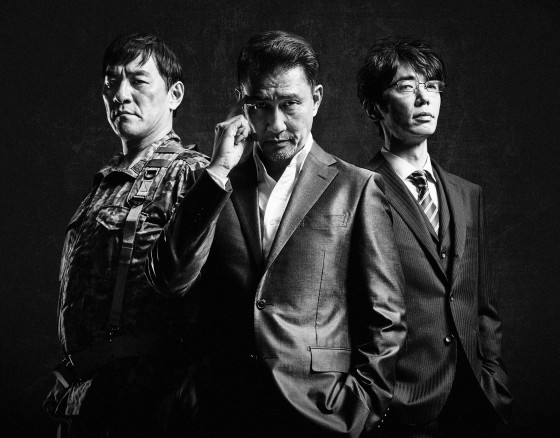 Kenta Sakaguchi (Kiichi Nakai) was a yakuza member and he spent 13 years in prison for killing a rival yakuza boss. Hidehiko Hirohashi (Yusuke Santamaria) was a secretary for a politician. He took the blame for the politician’s act. Isao Okawara (Pierre Taki) was a self-defense official, but he took in arms against the government.

Kenta Sakaguchi, Hidehiko Hirohashi and Isao Okawara gather under retired ex-detective Gonzaemon Mukai (Katsuhiko Watabiki). Kenta, Hidehiko and Isao get even with people who betrayed and deceived them.