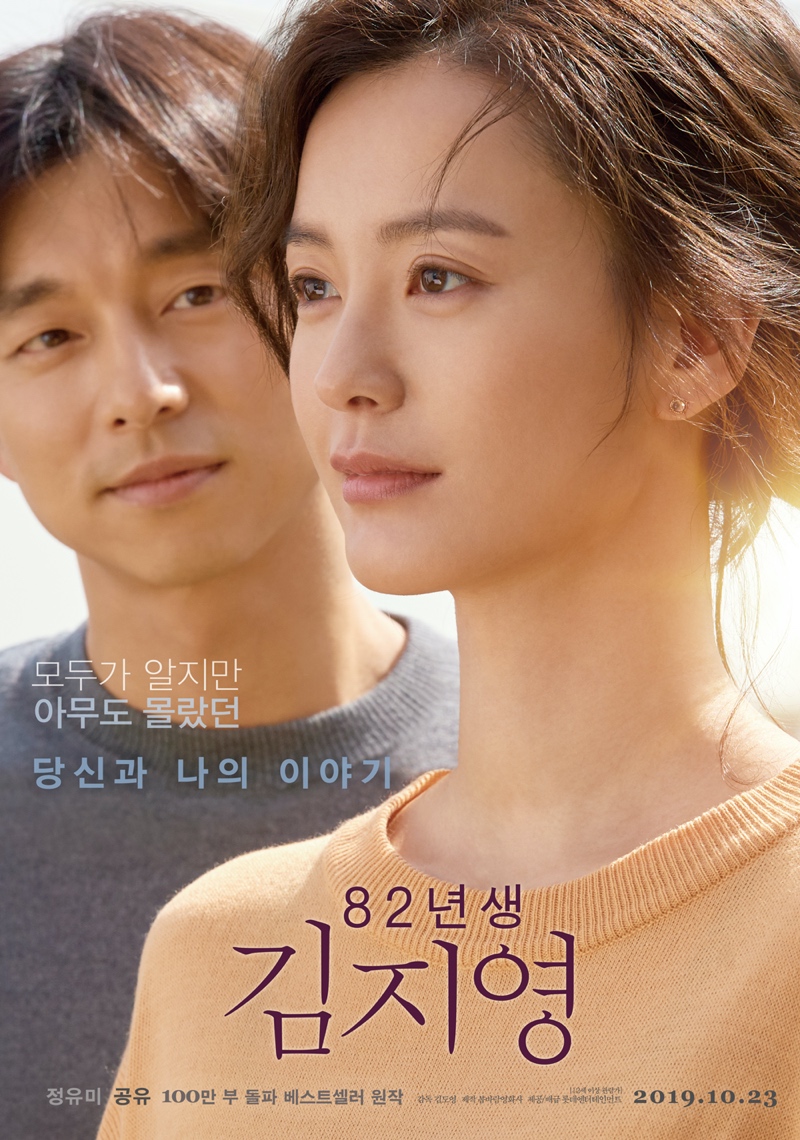 Kim Ji-Young (Jung Yu-Mi) has one of the most common female names for people her age. She works at a PR agency. Kim Ji-Young gets married and has a daughter. So she can raise her daughter, Kim Ji-Young quits her job. She leads an ordinary life up to this point. Suddenly, Kim Ji-Young begins to talk like her mother, her older sister and other people. She seems possessed by other people. What happened to her?

Sara Jan 30 2021 7:29 pm This movie should be watched by everyone! Great plot, great performance especially by the lead actress, I’ve always loved her acting. She succeeded in portraying all her feelings and all the struggle she faced as a woman, a wife and a mother. I can see myself in her and I can understand her feelings too because I’m living the same situation but as the story it’s not that easy to make a decision.

m Nov 22 2020 1:28 pm 15 mins in and this movie made me ball my eyes out, thinking about my mom and my daughters and my ex-in-laws!! Such a true depiction of Korean female treatment, except the husband is too good.

Onoud Mar 19 2020 5:13 am Such a realistic movie. You get to feel the wife's desire to be a good mom and wife at the same time she tries to find a life herself. Gong Yoo on the other hand had the role of supportive husband and the way he tried to convince her to get help indirectly showed how much he loved her.

maria Jan 19 2020 2:10 pm Glad I get to watch this movie finally, I totally recommend you guys to watch this. This movie depicts the realistic everyday life of a woman and as a human living in this 20th century. It felt surreal that there are things I have yet to notice since I am still young couldn't even care less about these little things that matter to a person who can impact so much. Both the lead actor and actress really did an excellent job especially Jung Yung Mi. I can feel her pain throughout this entire movie. Glad Gong Yoo took this movie! The ego of a man can never be challenged sadly to those who rated this movie bad, you are one of them.

Kiki Dec 19 2019 4:27 am Movie is damn Heartbreaking???? I can Relate this movie with my mom and how she struggled To led her life... my father never supported my mother's dreams and her mental health worsened further I hope more men Become aware of women's dreams and what they want in their life more than A house wife/Someone'S wife sister or mother

duda Dec 15 2019 4:04 am a very beautiful and eye epening movie, and i feel like everyone should watch this the plot was unique and the performance of each actor is spot on this movie addresses a very sensitive but important issue in today's society and i actually find this movie to be helpful to educate people about the issue of patriarchy and mental illness Please watch this movie if you have time! or make time to watch it, it's so good.

daisy Dec 11 2019 4:34 am read the novel also watched the movie. this is the best movie ever. represent the life of a mother but before being a mother, she's also a woman of herself. i applaud jung yumi for this!

babytotoro Nov 12 2019 11:51 am I just watched this today and it is a truly memorable film. I highly recommend everyone to go watch it. The performance of all the actors in this film was amazing especially Jung Yumi and Kim Mi Kyung. It is an important film in this time and age and one that touches on societal issues and expectations placed on women. You may see yourself (if you’re a woman) in Kim Ji Young but if you don’t, try to understand the struggles that women in this society has to go through. And we hope that the world can be a better place for everyone.

Sakura Sep 29 2019 11:56 pm I haven't seen silenced so I don't know if there's a romance in there. But them being together in a movie for 3 times without any romance at all is useless and doesn't make sense with all your rants on them. 3 movies without any romantic story won't ever make my ship sail too so I'm not complaining until I get my romantic movie with them in it lol

Sakura Sep 29 2019 11:55 pm Lol at these people complaining. Being paired up is totally different from only starring at a movie "together". Excuse you guys but they aren't actually paired up on the movie Train to Busan. They just ended up as unrelated passengers surviving together, no romantic relationship going on or whatsoever though I must admit I am shipping them lol

LooksGood May 27 2019 2:40 pm Three projects together now? Something is going on, come on, we weren't born yesterday. ;) I still prefer Gong Yoo with Gong Hyo Jin, however. They should make a drama or movie called The Two Gongs. It would be a giant hit. :)

Anna Mar 19 2019 2:03 am Aw Jung Yumi and Gong Yoo ? my ship is sailing already, hope they really are getting married after this

i dont mind these two become a couple IRL. lol.

Noni Oct 21 2018 7:48 am This is why there are constant rumors about these two dating...lol. I love her as a female lead so let's see how they do, together for the third time. I didn't quite like GYoo's last romantic film and I'm hoping this one will deliver a stronger character. Looking forward to it! Although I have no idea, yet, how I'll be able to watch it...lol :-).

Nera Oct 17 2018 11:18 pm Ohh,,still this women again to pair with gong yoo,,yes shes beauty but why she's again with gong yoo,,just try other actress,,i choose eun hye for this i think,,..just one more time to pair this two,,gongYoo and yoo eun hye...thanks

Lval87 Oct 17 2018 7:21 am I am excited for this movie love Gong Yoo, however I dont want people making rumors or to hear that he is dating Jung Yu Mi. People should only believe it unless Gong Yoo announces it. Just cause He started in a lot of movies with her does not always mean they will have a relationship. Look at Johnny Deep and Helena Bonham Carter they have worked together a lot and they never dated. So Gong Yoo Jung Yu Mi if they do date fine, but also they could be just good friends and acting colleagues. Remember just cause they work and do movies together does not always mean they will end up together. Gong Yoo has made it clear he likes his Bachelor life and if he does have a relationship he would let fans know enough being said looking foreword to the movie regardless