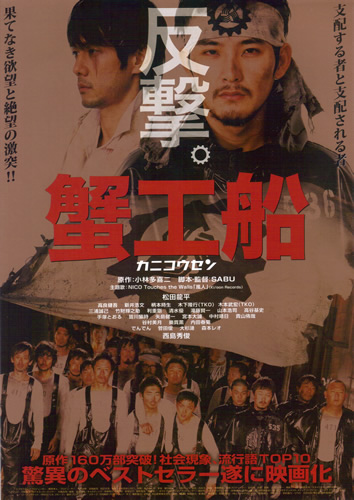 Aboard the Japanese crab ship 'Kanikosen' equipped with a cannery facility, workers are forced to labor under pitiful conditions at minimum wages. Some even die of cruel labor and malnutrition. And to top it off, the factory superintendent Asakawa (Hidetoshi Nishijima) is the most brutal sort who does not treat the workers as human beings.

Shinjo (Ryuhei Matsuda), one of the workers, persuades the others that they should wish to become rich in their next life as there is no future for them in the present. So all of them try to commit suicides, which ends up in a comedy of errors. Shinjo then escapes the Kanikosen and is rescued by a Soviet vessel. He is astonished by the new social system on the vessel that is so much different from the one he left behind. In realization, Shinjo returns to the ship to save the others. 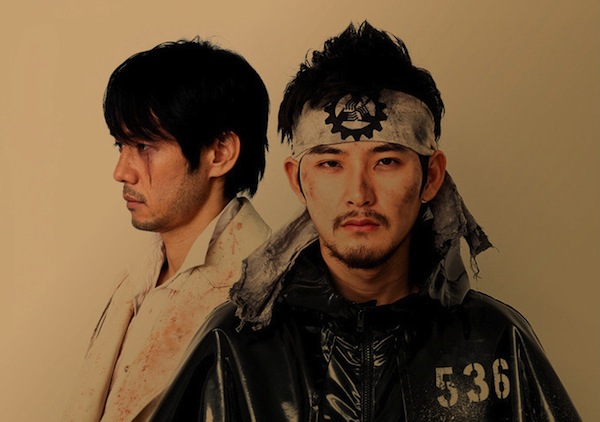 FeKimi Jul 21 2013 6:26 pm Finally watched this movie last night. The tone is quite dark and depressing, but a touch of black comedy moments can make me smile. A little bit dragging for the running time but acceptable. Some memorable quotes, stellar performance by the actors, this movie is quite impressive.

Raku Nov 12 2008 1:16 pm Anything Sabu is automatically on my Most Anticipated list.