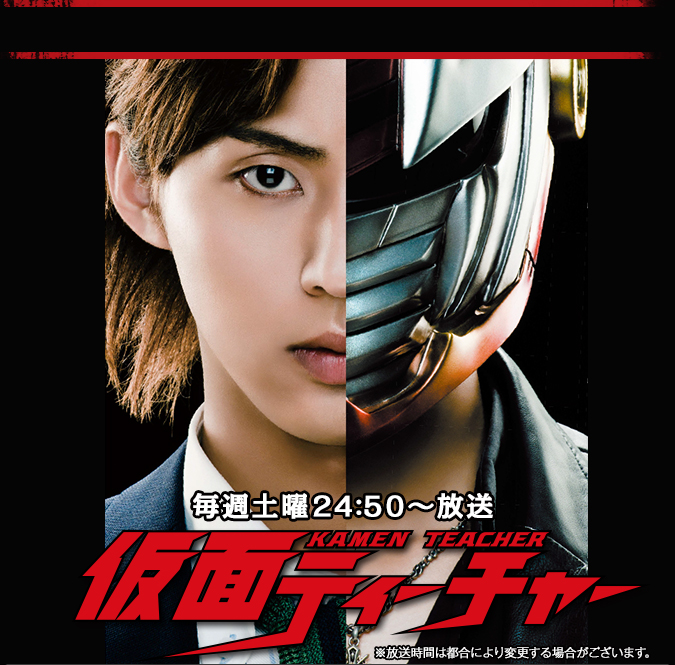 Gota Araki (Taisuke Fujigaya) begins work at a new high school. He is assigned to the school's notorious 2nd Year, Class C as their homeroom teacher. All of the students in Class C are violent delinquents, who have no respect for authority figures. Gota Araki quickly becomes acclimated with the students during his first day. He is beaten by his students, but he doesn't fight back. Gota Araki wants to breakthrough the student's tough outer shells, but he soon discovers that the students are more wounded than he could ever imagine. Gota Araki then turns to his mask. Will it take power or heart to change his students?

Kelly Dec 30 2013 12:24 pm Wasn't sure what to expect when starting to watch this drama. All in all i really liked it. The storyline, the characters. (Was i the only one that was reminded of F4 when they mentioned the M4??) and also the music. I wasn't disappointed at all.

Jaimy Dec 28 2013 5:42 pm Two of my favorite actors in one drama (Taisuke and Aya) all i can say is WAAAAW. Sooo LOVED this Drama, the story and the Action fight was AWESOME and of course the Openning song was an amazing song by Kisumai soo yeahh ..Deeply in love with this. Can't wait for the Movie *Super Excited*

Katsuka Jul 01 2013 11:07 am Hoping this drama will not be disappointing, but it seems promising. Anyway, loving the cast (; and some cute guys. Fighting! Can't wait til' it airs~

kitamago Jun 24 2013 12:59 pm Hopefully this will be different. It gives off GTO vibes because it's written by the same manga author. I don't like how they keep re-using the same plot too, but just to point out Kasuka na Kanojo is totally different. It's actually a good drama that deals with different problems such as bullying, divorce, etc. The students aren't delinquents, just normal everyday students with realistic problems and the way they deal with the conflicts isn't cheesy :)

MIMI Jun 23 2013 3:16 am ...Oh my word! not another teacher meets delinquents and solves their problems and they become kind by the end of 10 episodes story!!!! AAARGH! whats the point of wasting money on talent on something thats already been done before, not only once but a plethora of times.

WHYYYYYYYY! surely there are better story plots to write about?

Sha Sakurai Jun 22 2013 10:51 am Its Gokusen and GTO all over again! This time, its a flower boy who acts as the high school teacher when I remembered Taisuke himself has acted as a delinquent high school student before in the drama Misaki Number One. The only thing that leaves me with curiosity is not the repeating same old obvious plot, but how Taisuke's character is going to be like as a high school teacher.