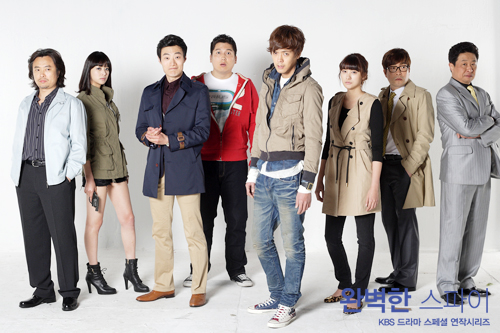 North Korean government official Lee Moon-Ok loses his 7th ranking during a succession of the government. To avoid being purged completely, he goes to Korea Korea and contacts the Korean branch of the C.I.A.

Lee Moon-Ok worked in the past for the U.S.A. as a spy. He started an organization in North Korea 10 years ago. He planned to hand over the list of members to the C.I.A. and defect to the U.S.A.

On the day Lee Moon-Ok was set to meet with the C.I.A., he is assassinated by Lee Sang-Joon & another man. By chance, a young unemployed man named Hyuk-Bum comes across the list Lee Moon-Ok was to hand over to the C.I.A. Intelligence agencies representing countries from all over the world go after Hyuk-Bum.

To find out who Lee Sang-Joon is and clear himself of murder, Hyuk-Bum goes on the run ...