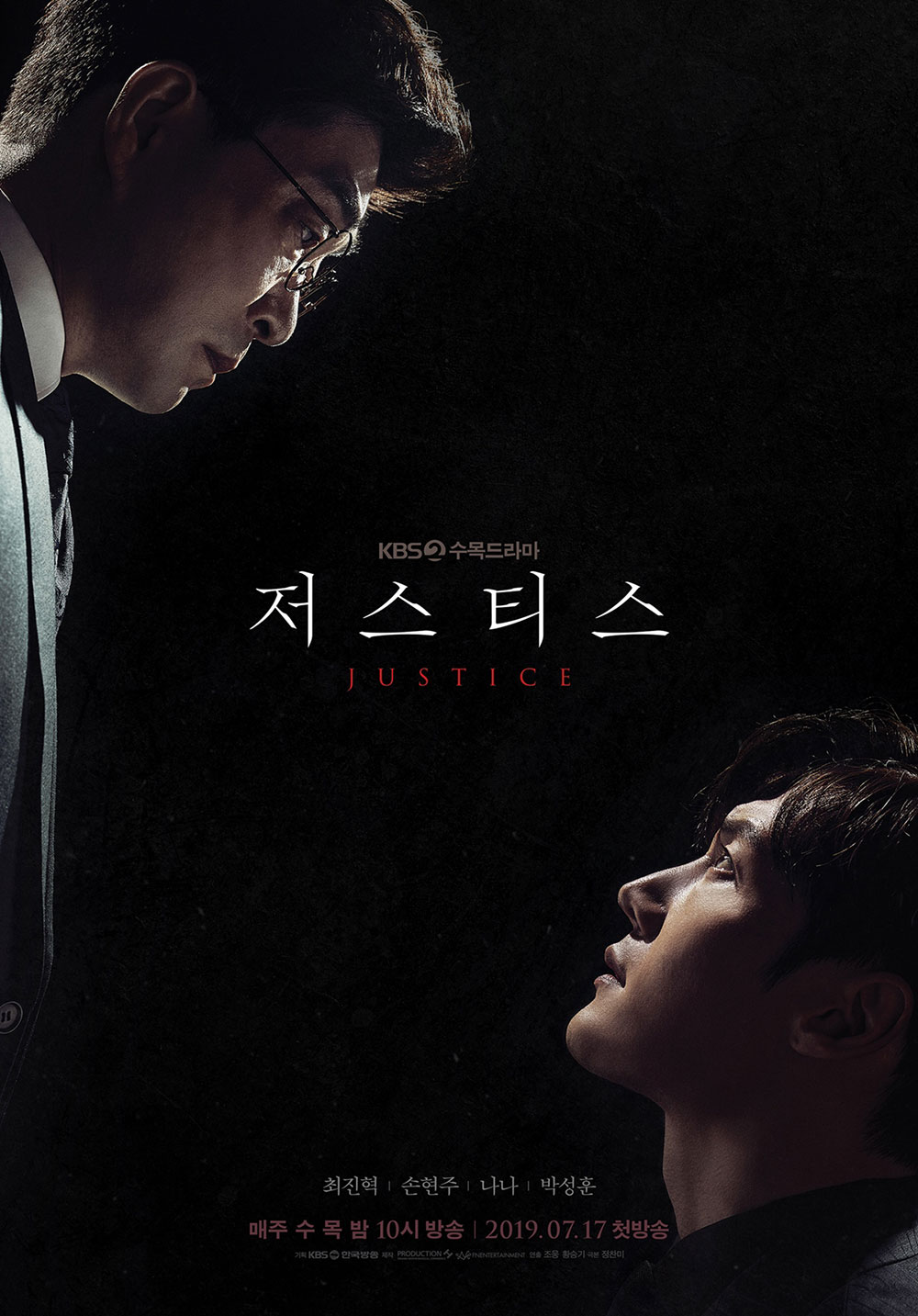 Lee Tae-Kyung (Choi Jin-Hyuk) is a star lawyer with the best win rate. He is able to win cases by using his sharp logic and intelligent speeches. Lee Tae-Kyung amasses power and wealth by dealing with clients who are part of the elite class. His cases are usually referred from Song Woo-Yong (Son Hyun-Joo) who is the owner of a construction company. Lee Tae-Kyung gets these high class criminals acquitted or at minimum receive probation. Lee Tae-Kyung first became a lawyer to get revenge for his younger brother, but he has since become focused on money. He changes when he deals with a series of cases involving missing actresses.

LKB May 09 2021 2:09 am I was glancing at some shows here and landed here... to this day, it's one of the most depressing shows I've watched... there's no light, no hope, nothing but complete anguish. Yes, it is well-portrayed, but 16 hours of writhing in pain second hand because you possess what usually proves a healthy amount of empathy... not what I hoped it would bring. It's Definitely not something I could recommend now-I mean, I watched BeforeE the pandemic. Had I come home from hospital shifts full of death to this, I would want to break something, my screen or the writer's fingers, whichever! It's wholly dark, the kind that is just showing you people Consumed by darkness and destroyed... end of the world/dystopian nightmares? They have nothing on Choi Jin Hyuk's anguish throughout this show.

I just can't recommend it-and I love CJH and Park Sung Hoon and at least in Into the Ring Nana's fantastic with PSH... watch That. That is something that won't shred into your soul and leave it in worse shape than you arrived!

If you're a psycho who feeds on watching others suffer, you'll be enthralled. Great performances, totally unnecessary script-if there's no resolution, no reason to live at the end for the one who endured the plight, maybe keep that limited to your arthouse films. 2 hours of that sort of film is more than enough, and many are gorgeous when kept TO the two-ish hour mark... 16 is just torture.

ohsowillwatch Jan 07 2021 5:20 am Oh so it's like 16 hour-long eps anyway because the 32 eps are like a half-hour each. Not bad. I was almost not considering this drama because of the number of eps but good thing I checked

Li Li Oct 03 2020 7:16 pm This is an underrated drama! Leads did an amazing job including all other actors. But i don't understand the last part. Is Song Woo Yong alive or it's just a part of Tae Kyung that misses Woo Yong??

johwa Aug 01 2020 8:53 pm ...isn't this case of the woman and co-workers being poisoned by some chemical similar to a case against Samsung several years ago?

Missy May 01 2020 1:14 am Just finished watching this drama. I read the comments below, mostly they don't like it. I think this drama is not for immature or people who don't like serious plot. But for me, this drama is okay. I like how the actors bring their character here. Calm tends to cold, not explosive, I don't know, I just don't like drama that full of shouting like uncivilised people. So I like this drama even some says it is slow, dragging, and repetitive.

supersnazzy Sep 17 2019 11:21 am I actually enjoy watching this drama. I really love Tae Kyung and Yeon ah lowkey romance. Not gonna lie ep1-ep5 is a bit boring and dull but after that it slowly keep in pace with lots of twist.

Bloomsbury Sep 11 2019 12:48 pm Why i feel the drama its so dark... Is it because the camera or something. Just watching till early episode. Hope its getting interested.. Love jin hyuk..really love his voice.??

Jeany Sep 06 2019 1:14 am The most depressing drama I've watched for this half year. But I'm loving all the actors and actresses. Their acting are really good. I also love the greenish tone in here.

Retno D Sep 04 2019 10:11 pm very good drama :thumbs all casts play the character very well and not overdo it.. happy with the writer to make a lot of meaning about justice in this drama

Delly Sep 03 2019 9:39 pm Honestly, this is super slow. It's dragging. Nothing worth watching. Lost interest after first 5 episodes but I keep watching in case there is plot development. Hell, it's boring though it may has potential if the drama is suspense enough. Whenever tae kyung keep going back and forth to woo kyung office, I'm like 'shit, this again.' Also, nana with her unkept hair, it's disturbing. Not many prosecutors in kdrama with long hair left their hair like that.

Guilty pleasure Aug 17 2019 9:11 am Recomended for you who like dragging drama

I love Yeon Woo Jin Aug 16 2019 2:31 am I don't know what y'all are talking about, but this show is Great, I'm hooked. This drama is definitely not for immature people. The characters are being portrayed with depth, The plot is unfolding little by little, give it time. Remember this is a kdrama and it is only at ep 8-9.

I loved Defendant, Punch and the likes, and this drama is just like those. So give it a try !!!

LKB Aug 13 2019 5:10 am This show is so incredibly full of hopeless misery and evil, of pain and grief with little if any redeeming qualities to the vast majority of the characters that it is kind of a miserable viewing experience. @Linaaaa if you want Nana, I'd watch Kill It instead of this-it has such depth and connection between people and while it has pain there's that essential human quality to it that cannot be left out of a drama.

I loved Doctor Prisoner and while it was revenge-themed in part, the people still had souls. Choi Jin Hyuk's character has essentially, in grieving for his brother and seeking revenge, lost his soul and turned into quite a monster in many respects. That said, it finally, unfortunately not til almost the halfway point, when I dare say it's too late to pick up many more viewers in SK as it airs, got into the meaty substance with Park Sung Hoon and Kim Hee Chan's characters. Still quite flat compared to most shows, but at least we FINALLY have something beyond just misery, drinking, wallowing in despair, anger, deceit, and more of all those things. If it had another 6 hours of the lead being a trusting moron, I would want to b!tc#$lap him!

The story aside, it feels entirely like an MBC production. KBS did a really slick job with Doctor Prisoner and no one can look away from Namgung Min, simple truth. The gritty cinematography, the sounds, the sets in general, all of it is in that MBC favored pattern-even the hues and saturations they use in editing. It's weirdly un-KBS-like. I guess someone could look at this, Doc Prisoner, Pride and Prejudice, and (for an SBS representation) Defendant or even to get cable in here Prison Playbook and hmm-Woman of Dignity or Sky Castle on jtbc, all OCN stuff dark but Class of Lies the closest visually... they all have a similar sort of color scheme and overlay of hues/lighting effects, kind of, yet they are starkly different and have the signature features of their network. This feels so un-KBS-ish (Doc Prisoner could have been KBS or SBS but had the balance often lacking in MBC shows, massively broody content what MBC often seems to stand for lol) and not in a great way. Less than Evil w/Lee Seol was MBC-true but great despite also having dark sometimes insanely pain-filled content. This just seems like an opportunity to please the pain seekers and anyone who wants to keep seeing CJH miserable which I think is no one but maybe an ex? Anyway, it is depressing AF, miserable and more miserable still, so can I just recommend anyone viewing it to have something light and sweet to watch after this, immediately after, to reset so this isn't what you go to sleep most vividly recalling? KBS being darker than OCN and not having much by way of hope along the way is wretched. Who would think Class of Lies and Doctor Detective would seem like fluff by comparison? It's honestly my least favorite show on air right now (of what I'm watching-don't get into variety stuff). I started and will, because it's halfway through, endure for Choi Jin Hyuk, but it's pretty disappointing on the whole, I have to admit. The writer forgot that not everyone is going to be loving nonstop torture of their favorite actors, torture with nothing but money and booze to balance it as if those are anything worth considering comfort/consolation.

Veronica Troncoso Jul 18 2019 9:29 pm It's so early for KBS to come back with another dark drama of revenge after Doctor Prisoner !! I do not usually follow dramas for the actors, but for the story and what I saw it was not something extraordinary.

Linaaaa Jul 18 2019 7:36 pm I've never watched heavy crime drama like this but Ill do it for Nana! Love her since Afterschool she's one of my fave celebrities out there. I'm a little intimidated so far though it's so serious

Lavender Jul 17 2019 8:47 am I love so much Choi Jin Hyuk and he can show his acting power more than The Last Empress ? We always support you Jinhyukssi ?? From Myanmar...  ?

Minji Jiu Jul 06 2019 5:21 am I've been following Nana since The Swindlers and her acting is really good. Kill it is like the best drama i've ever watched. She made me cry. Can't wait for this!

Jinjoo Jul 01 2019 10:25 pm am still watching CJH in DC/DJ and i look f/ward to watching this one too! looks like he's taking Jang in sub (his assistant in DC/DJ) with him in this drama, woah that's nice!

Ti Apr 14 2019 2:09 am I'm waiting another transformation of nana(short hair??),can't wait for her performance and chemistry with the cast,wish the best for all the cast and drama

Jessie Han Mar 26 2019 6:26 am I'm currently watching "The Last Empress" and Choi Jin Hyuk didn't fail to amazed me since the first I saw him in "Tunnel". He is truly amazing! More than anyone else, I'm so glad and happy that he has another project after "The last empress" which has ended just a month ago! I'm looking forward to this oppa! Fighting! ❤