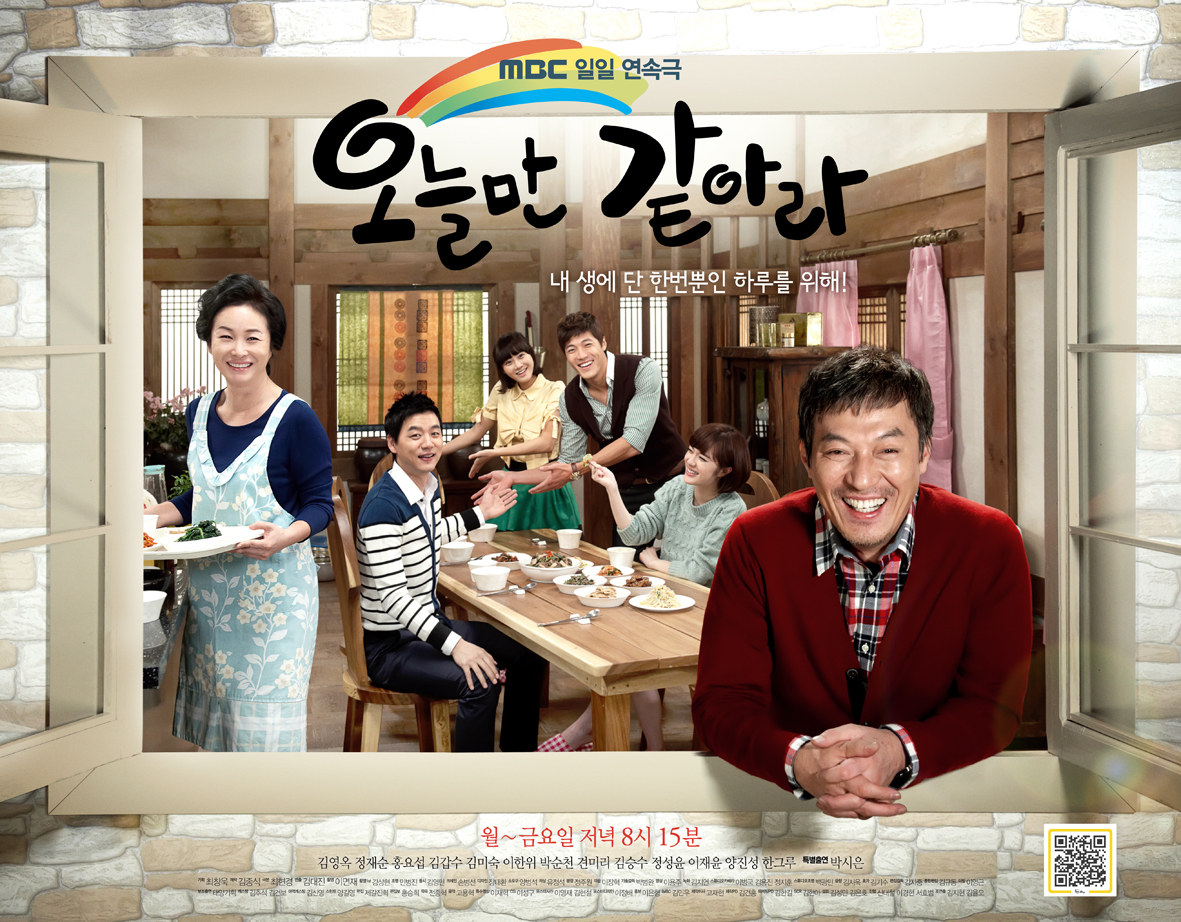 Jae-Ho, Sang-Yub (Hong Yo-Seop) and Joon-Tae (Lee Han-Wi) are friends of Choon-Bok (Kim Kap-Soo). They graduated from the same elementary and middle schools.In-Sook (Kim Mi-Sook) was loved by all the guys back in their school days, but she became attached to Jae-Ho. Then, a freak accident occurred and Jae-Ho died. In-Sook was pregnant with Jae-Ho's baby boy at the time. Choon-Bok then persuaded In-Sook to marry him and finally she agreed. A lots of rumors about them sprouted up in their hometown and among their friends, but Choon-Bok didn't care.

Now, Choon-Bok has a happy life. He is still happily married to In-Sook and they have 2 kids and a step-son Hae-Joon (Kim Seung-Su), who is now prosecutor. Choon-Bok has also become quite wealthy and makes more money than any of his childhood friends. Even in his younger days, Choon-Bok was never good with books, but he was good at making money. Choon-Bok isn't a generous person, but he is a devoted husband and father.

"Just Like Today" takes over the MBC Mon-Fri 20:15 time slot previously occupied by "Iron Daughters-in-Law" and followed by "Can't Live Without You" on May 28, 2012.