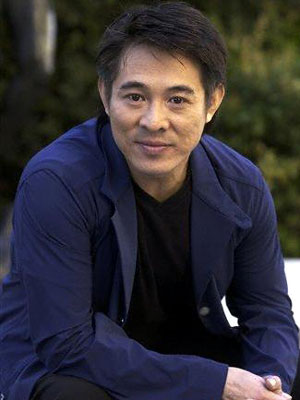 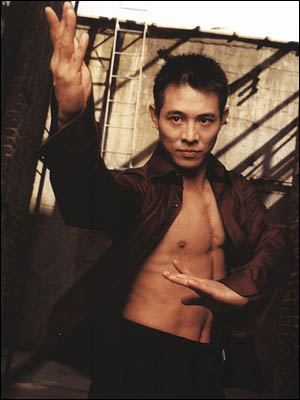 Born in Beijing, Li began studying the art of wushu (the general Chinese term for martial arts) at the young age of 8.  After three years of extensive training, Li won his first national championship for the Beijing Wushu Team.  Li's celebrity status in China was so great, the government selected him to represent the country in over 45 countries, performing martial arts at various state functions.  The most historically notable was his 1974 performance on the lawn of the Whitehouse for President Richard Nixon, after the President had just reopened American diplomatic relations with China.  For the next five years (1974 -1979), he remained the All-Around National Wushu Champion of China.

Shortly after retiring from the sport at the age of 17, Li was offered many starring roles and subsequently began his film career with director Chang Hsin Yen for "Shaolin Temple".  The success of "Shaolin Temple" propelled Li from a martial arts master to a full-fledged Chinese movie star and an overnight celebrity.  His star shone so bright that almost any picture with his name attached became an instant success. He then completed over 25 successful Asian films before his crossover to America.

Since his first English-language film appearance as the villain in Lethal Weapon 4 opposite Mel Gibson, Li has appeared in films like Romeo Must Die, The One, Kiss of the Dragon and Hero.

After Hero, Li worked on projects such as "Cradle 2 the Grave" and "Unleashed co-starring Morgan Freeman and Bob Hoskins.  In 2005, Li began work on what he said was the culmination of his life-long experience with martial arts -- "Fearless", directed by Ronny Yu.  The film has received both box office and critical success in Asia and around the world, including a "Best Actor" award from the Hong Kong Film Critics Association.

Following the release of "Fearless," in 2007, Li completed work on "War" with Jason Statham and the Chinese-language film "The Warlords" with Andy Lau and Takeshi Kaneshiro.

Li has also extended his fame to charitable causes.  Already a Red Cross ambassador, Li recently spearheaded and founded the Red Cross Society of China Jet Li One Foundation Project (One Foundation), a foundation whose goal is to provide counseling to victims of natural disasters and to help young people cope with mental health and psychological issues.  His hope is to get “each person to donate at least one dollar each month so as to combine our charitable strength to help the most vulnerable members of our global family”.