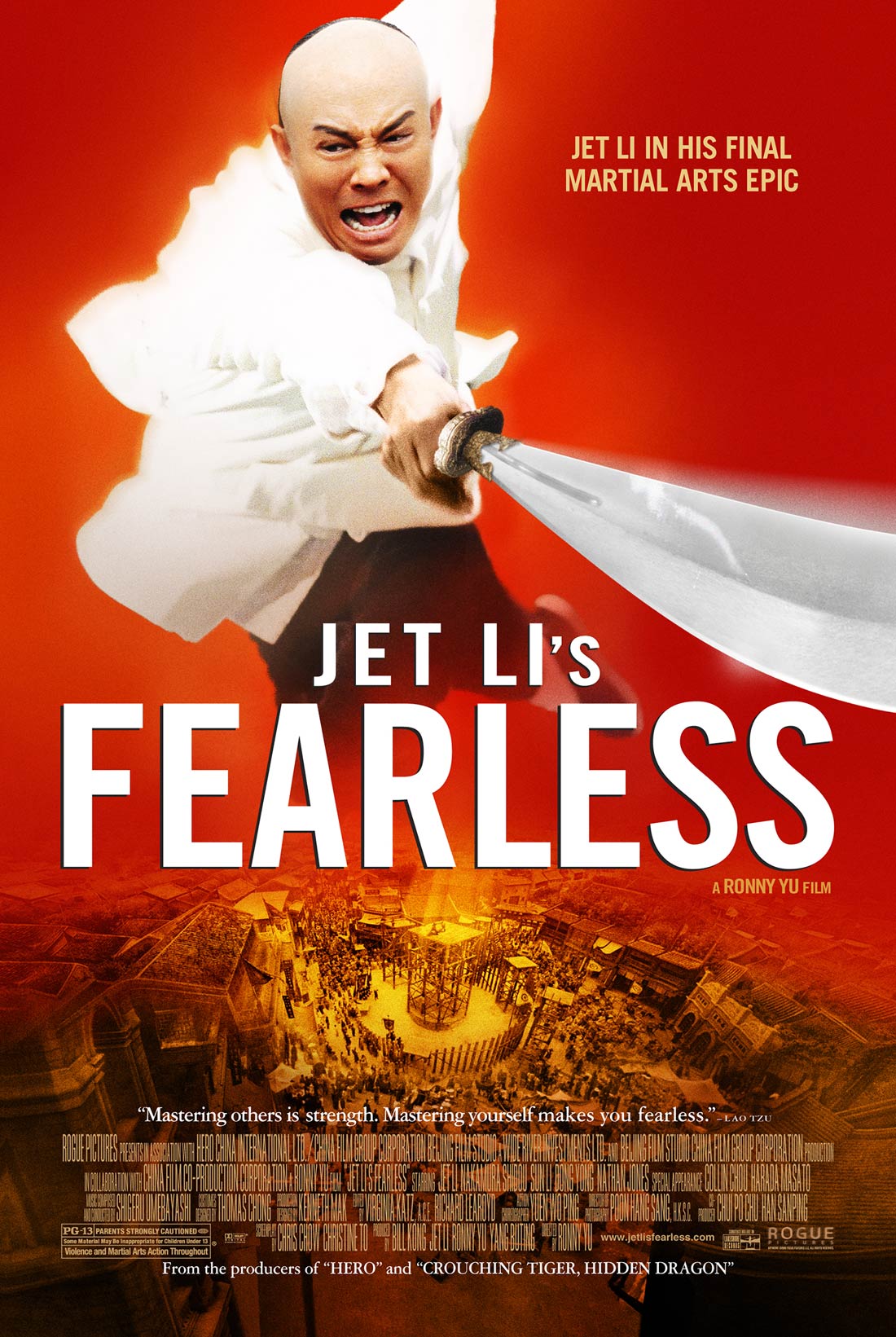 This film tells the story of Chinese Martial Arts Master Huo Yuanjia (1869-1910). Huo Yuanjia was the founder and spiritual guru of the Jin Wu Sports Federation

This biopic is set during the late 1800's to early 1900's, a pivotal period in China's history, when the whole country is shrouded under increasing internal turmoil and the imminent threat of foreign invasion.

Huo Yuanjia (starring Jet LI) begins the story as a cocky, young Martial Arts practitioner with only one thing in his mind, to become the best at his craft at all costs. His quest eventually leads to a tragedy when he mistakenly kills an opponent whose disciples consequently slaughter Huo's whole family for revenge. A distraught and heartbroken Huo flees to the countryside, determined to abandon everything he ever wanted and believed in. He then spends considerable time in a remote mountain village anonymously, where he relearned all the things that matter in life while taking refuge with an old lady and her blind granddaughter. Realizing the true value of Martial Arts for a man as well as for the whole nation, he returns to the city at a time when the Allied Forces of the Eight Powers invade China, to make amends with his turbulent past. He gets swept up in a violent, fight to the death Martial Arts tournament to defend China's honor against foreign aggressors. After winning the tournament, he establishes the Jin Wu Sports Federation to promote the true spirit of Martial Arts, but then a deadly tragedy happens.