I Just Wanna Hug You 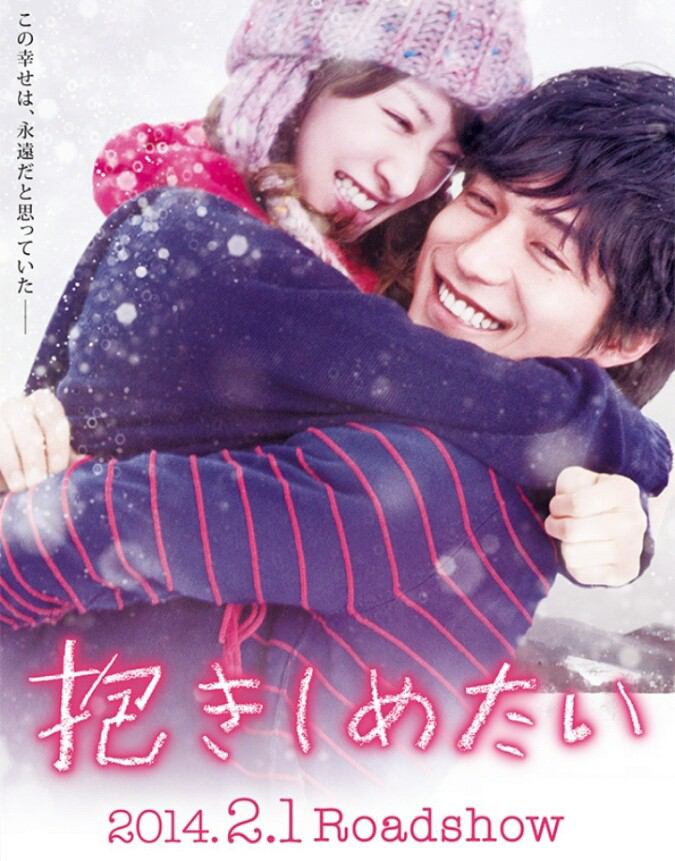 Set in Abashiri, Hokkaido. Tsukasa (Keiko Kitagawa) got into a severe car accident when she was a high school student. She still suffers from the aftereffects of that accident, with memory impairment and needing to use a wheelchair. Nevertheless, she tries to live life to the fullest. Tsukasa then falls in love with taxi driver Masaki (Ryo Nishikido), who likes playing basketball. Even though they have various difficulties, they try to make a happy family together, but they encounter another serious situation. 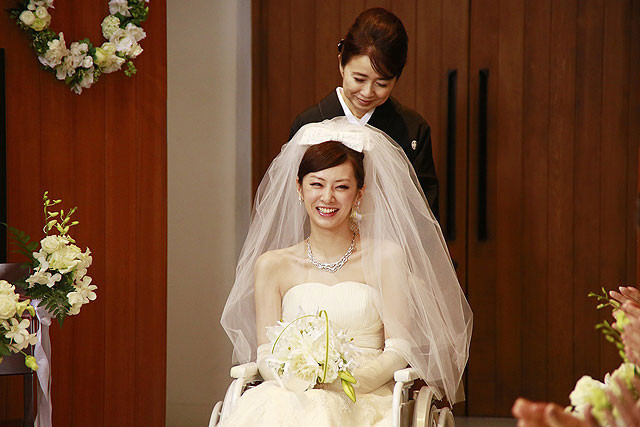 Sakura Aug 26 2019 9:10 am Very good acting from entire cast but what else would one expect from such indie-feel movies...plot however drags a bit and I did not cry at all for this one but overall production quality is quite reasonable for a melodrama.

wendy May 31 2015 1:37 am does anyone know what tsukasa said when she had a dream? something like being chased by a polar bear? can someone tell me what she wrote?

KeikoWorld Aug 26 2014 5:58 am Got this movie, been watching it few times already without subs T_T didnt really understand what they said, but Keiko did a good job with her role! .<

Ki Jun 04 2014 8:39 pm I also watched this on a flight (Detroit to Seoul via Delta). I did watch a couple of films before this movie, because The English title "I Just Wanna Hug You" really did nothing for me. After running out of films to watch I decided to give this one a try. I came away really impressed with the film! Even more impressive is that the film is based on a true story. A lot of films in this type of genre come off as cheesy, but this film felt so genuine. Keiko Kitagawa & Ryo Nishikido did really nice jobs making their characters more touching, without overacting. A film that I think you could compare "I Just Wanna Hug You" is with "Josee, Tiger and the Fish," except the male characters took different routes by the end of each respective film. If you do get the chance to watch this movie, don't let the bleh English title scare you away.

RINI May 22 2014 9:53 am I saw this movie already on my flight back to Surabaya. I just found out that this based on a true story. Good movie, I love it. Love Ryo Nishikido

Brian Singapore May 09 2014 9:36 am This is the best movie of the year 2014! I was so moved by the truth story and even watch the documentary! Treasure what you have cause life if a gift and it could be gone just in second and for all the driver in the world include me, Please drive carefully and responsibly!

[[Category:J Based on True Story films]