I Am a Hero 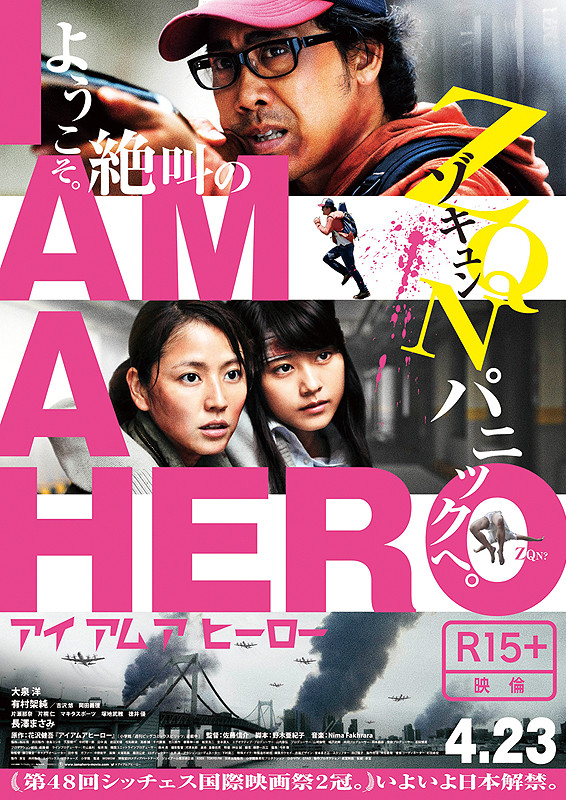 Hideo Suzuki (Yo Oizumi) happens to meet a female high school student, Hiromi Hayakari (Kasumi Arimura). They run away from the city together, but Hiromi Hayakari has been already bitten by a baby ZQN. The baby ZQN that bit her did not have teeth and Hiromi is in half state of ZQN. They then meet Nurse Yabu (Masami Nagasawa) at a shelter. Yabu hopes she can draw an antibody from Hiromi Hayakari.

Tuk Poon Jul 20 2020 3:02 am Unlike train to Busan, a manga drawer with a shotgun, and does not use it with a little gut. The scenes were awful, running and stopping to capture those moments are terrible. It should not make it obvious as no one will stay to see will happen. People die running around but he is fine just pausing every 10 seconds.

V Aug 03 2018 8:32 am The movie did not show that they discovered the antibody to that high school girl. What will happen to them tho? It is not like they've killed everyone who got zqn????

cactusjuice Nov 26 2016 8:07 am What was the song where the guy pushes the shopping cart with the girl in it? it was like "i sing a song by the blue hearted man..something something...somebody can help?

tq-zqn Nov 22 2016 12:34 pm big fan of the manga, this is good movie, and i love the soundtrack ! sadly the pace is too fast and story changed much from manga. but i want a sequel ! i hope its gonna be much much better :)

fikuri Apr 19 2016 10:28 am favourite manga and favourite actresses, what could i ask more, also the trailer looks promising