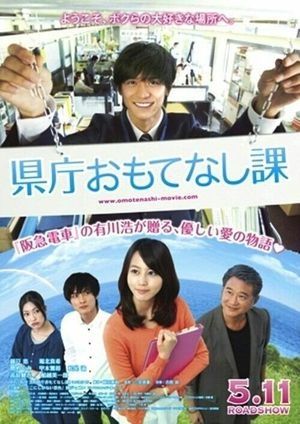 Set within the hospitality division of the Kochi Prefecuture, employees attempt to find new ideas to promote tourism in the region.

The hospitality division in Kochi Prefecture can't promote the beautiful nature in the area due to a strict rule by the prefecture government. Popular writer and Koichi area native Kyosuke Yoshikado (Kengo Kora) is appointed as a special envoy for tourism in the area. He then receives a recommendation to meet Seien, a former employee of Kochi Prefecture, who once hatched an unusual idea to promote tourism. Seien pushed forward a project to import pandas into the area, but lost his job because of that project. Meanwhile, hospitality division employees Fumitaka (Ryo Nishikido) and Taki (Maki Horikita) visits the tourist house which is run by Seien and his daughter (Megumi Seki). When they arrive, the daughter throws a bucket of water at them, still angry for the way her father was dismissed from his job. From there, a plan for the hospitality division is born. 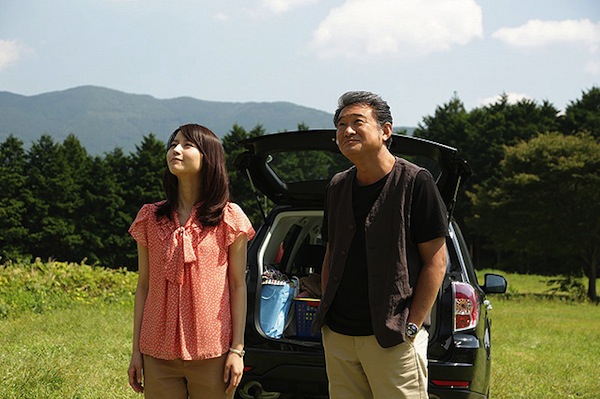 Sora Jan 31 2015 10:43 am Disappointingly there is no romance between Maki and Ryo. Man jap dramas and movies need to input romance inside for the movie to be more interesting especially when Maki is on it! Wish Maki would go Korea and act there. She'd be a big hit as she's so beautiful.

Beautiful place, everyone should try to visit at least once!

Bpsitrep Sep 19 2014 6:51 am This was a very good movie. Great family movie!! Great just 'makes you feel good and positive movie'. Shows well how high Govt officials are so blinded to the people they serve and how lower Govt employee do try to do their best.

manro Sep 16 2014 3:39 pm I watched the movie too and I love it! It is so heartwarming, nice story (yes, I enjoyed the story and the shy romance very much), beautiful scenery, beautiful people ... and good music!! Btw, it is not from "Koichi" (as it is mistakenly written above) but of course, it is from Kōchi prefecture (on Shikoku island).

roman May 17 2014 10:59 am I actually watched the movie (with decent sub). The movie sucked big time. It was super boring and without substance. However, who cares about that... When you have so many favorite eye candies delivering dialogues.. Must watch for pure eye pleasure (for that you don't even need subs..) but if you want to enjoy the movie for the plot or story.. don't waste time.

sassygirl989 Nov 24 2012 8:37 am been waiting for Maki-chan and Ryo-kun to be paired together for a very long time.... now the long wait is finally over! i'm definitely gonna watch this!