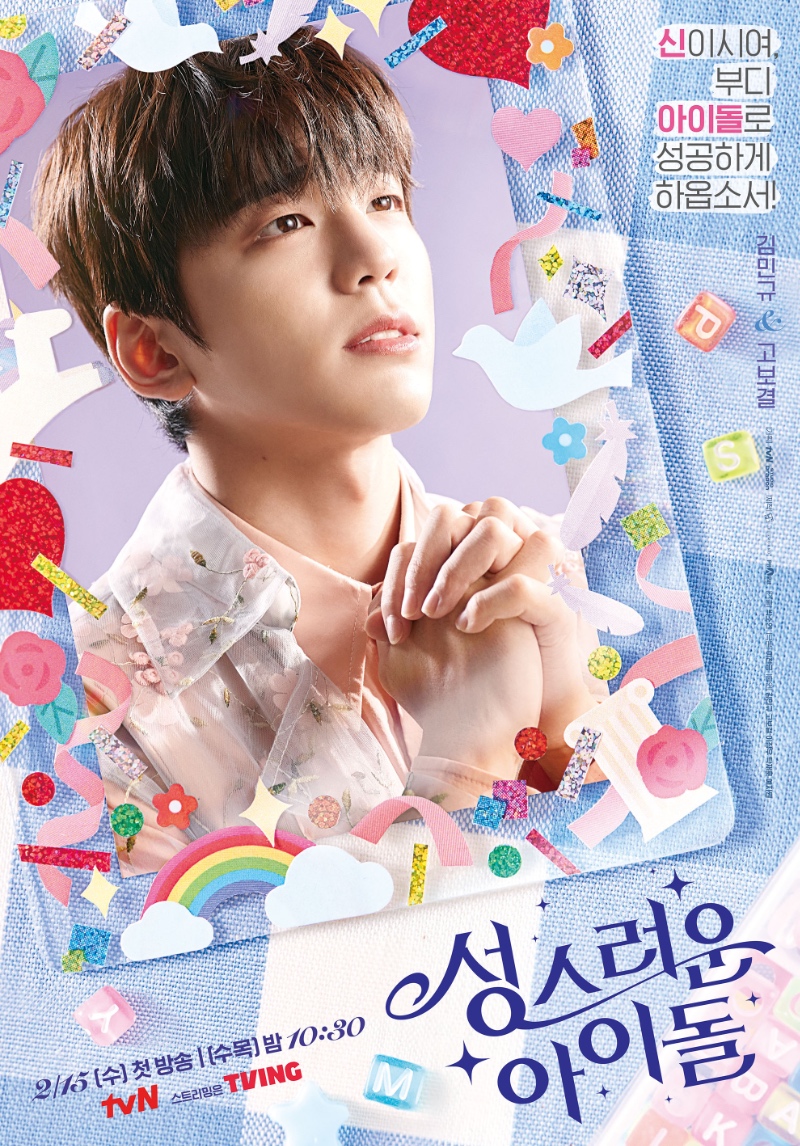 Pontifex Lembrary (Kim Min-Kyu) is widely regarded as having the most powerful divine power ever. While he fights against a devil, he gets transferred to a different world. Pontifex Lembrary then finds himself in a small dormitory and possessing the body of Woo Yeon-Woo, who is a member of unpopular idol group Wild Animal. The group has been together for 3 years, but they are on the verge of disbanding due to their lack of success. 9 hours later, Pontifex Lembrary is placed on a stage with Wild Animal for a live performance at a broadcasting station. When the music begins to play, Pontifex Lembrary, in Woo Yeon-Woo’s body, shouts out "I don't know how to dance." The live broadcast performance is a disaster, but it attracts the attention of people and the media. With his charms, including confident attitude, Woo Yeon-Woo, still possessed by Pontifex Lembrary's spirit, becomes popular and so does his group Wild Animal. Pontifex Lembrary must now get used to life as a member of an idol group and he faces various troubles, like dealing with weird religious groups and the devil.

Piet Jan 07 2023 7:53 am Somehow I can imagine Min Kyu playing the the clueless Lembrary on stage >_< sounds like a perfect cast!

shanks Nov 29 2022 10:23 am No Offing Way Holy Idol Is Having An Adaption OMG??? those who had read the novel know that the story is Hilarious i can't waittt

sweetteri May 23 2022 8:22 pm Honestly I want to see him to reunite with Jin Se Yeon again because their undeniable chemistry is so good and their team up was so very special because he played an important male lead in the successful historical drama Queen: Love And War when he was pair up with JSY but I think they select another female lead in this upcoming drama because it's obvious from the plot. Anyway hopefully this drama will be good to Kim Min Kyu because he deserves to be a male lead again, I hope for the best to him. Still if have a chance I wish that he will collaborate again with JSY in another deserving and great drama in the future because their cute and sweet banter during Queen: Love And War will not be surpassed they were very comfortable with each other, love their great team up, anyway good luck! to KMK on his next project..