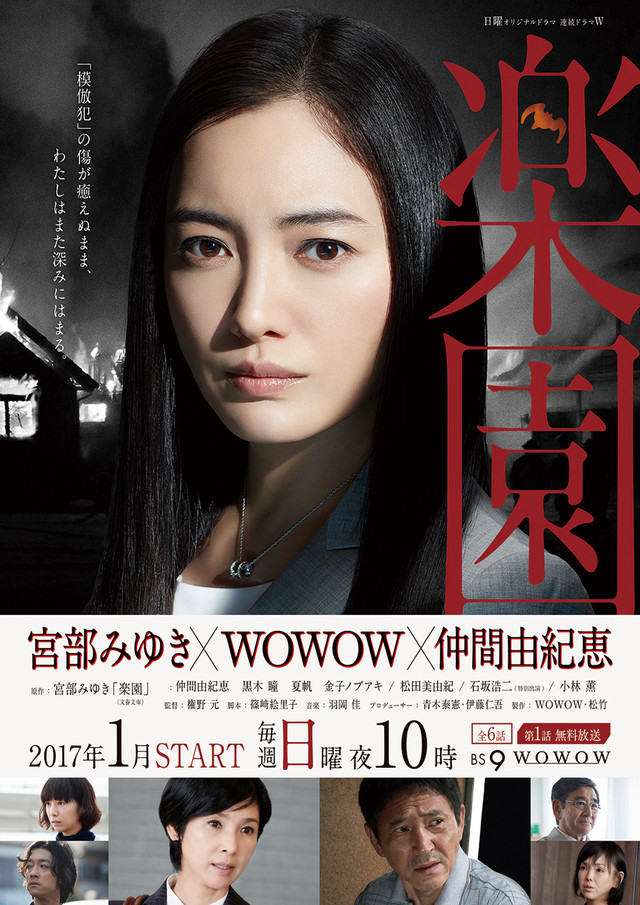 An incident is talked about all over Japan. The case involves the Doisaki couple that killed their 15-year-old daughter and hid her body under their house for 16 years.

One day, housewife Toshiko Hagiya visits Shigeko Maehata (Yukie Nakama) who works for a small editing company. Toshiko tells Shigeko that her 12-year-old son Hitoshi might have a special ability to see other people's memories. She pulls out a picture drawn by Hitoshi. The picture has a girl with a grey colored face lying in a house that has a bat shaped weather vane on its roof. The picture seems to depict the incident involving the Doisaki couple. Shigeko decides to do some research, but Hitoshi dies in a car accident.

Meanwhile, the attorney for the Doisaki couple tells their second daughter Seiko that the couple has cut off all ties with her. Around that time, a female high student is confined.

Louise Kirkpatrick Nov 25 2017 9:33 pm This is wonderful thriller. They capture the absolute amorality of the psychopath perfectly. I am a big fan of Nakama Yukie. We have no one in the USA with the range of her talent. Even Glen Close and Meryl Streep are barely her equal.

Duygu Feb 09 2017 3:38 am Yukie, Kaho, Hitomi-san and others are all great. I liked this dorama very much.The theme of dorama was incredibly exciting. My heart was officially in my mouth while I was watching the show. For the first time in a long time I have felt this way. (Maybe because of the little girl.) I would definitely recommend it to those who like thriller, murder, and crime.