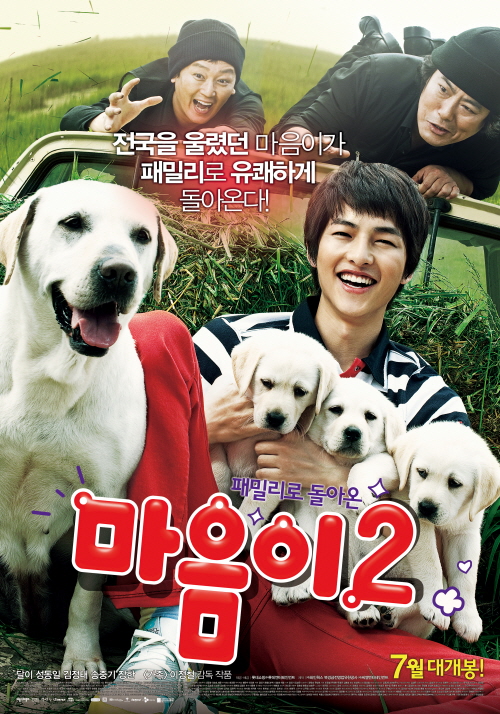 When loveable Labrador Maeumee has a set of puppies, Dong-Wook's (Song Jong-Ki ) grades start to suffer. Because of this, Dong-Wook's mother decides to get rid of Maeumee and the puppies. The dogs then stay at a relative's video shop until the animals can be placed into an animal training center.

Meanwhile, two unscrupulous jewel thieves come into the video store and spots the little puppies. Hyeok-Pil (Sung Dong-Il) decides to steal the littlest puppy to use as a runner to transport diamonds. Maeumee spots the two men taking away her young puppy and goes after the thieves! Can Maeumee save her puppy? Will Dong-Wook ever get to see Maeumee and the puppies again? 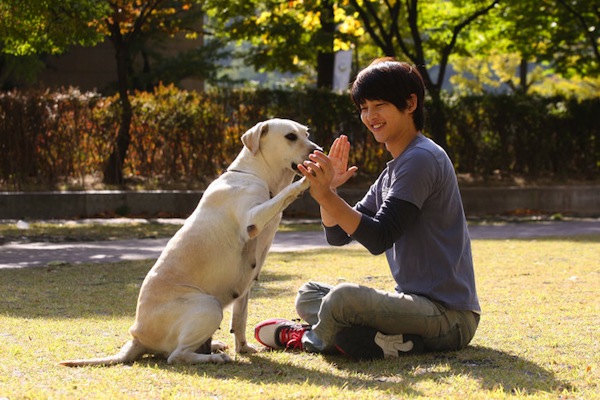 Emi Feb 19 2016 12:40 am this is a horrible sequel to the first movie. this is basically remaking the movie into a version of "home alone" but with dogs i disapprove of this

nancy Jun 17 2015 11:05 pm haven't seen the movie but it sounds great. i mean like song joong ki is one of the most handsomest guy I've ever seen. plus i lllloovvveeeee puppy and dogs witch probably makes this a perfect movie

Nina M. Mar 08 2015 4:09 am No words can express how much I loved Hearty Paws 2; same as how I felt when I watched the first version. Why I loved the movie? It simply showed that we have to value not just dogs but all kinds of animals in this world because they were also made by God like US-- we have to look, guide and love them. It's kinda funny because the movie showed that there are animals know how to be a human rather than those who are humans but act like animals. Thanks for producing an inspiring movie. Continue to make more. :)

kim hyunjoon Mar 08 2014 3:22 am song joong ki is so hansome.He's face same with my boyfriend.Hearty is smart dog. Very clever dog. I wish my cat like hearty.

Loveyoo (both of them) Sep 26 2013 12:00 am Hearty Paws is one of the most heart touching movies i've ever watched and with young Yoo Seung Ho and Kim Hyang Gi, the movie was even more delightful to watch. I fell in love with Yoo Seung Ho after watching Master of study and with Kim Hyang Gi after watching Wedding dress. She's a remarkable actress! and i'm sure, someday she'll make it big. Hearty Paws was a treat for me with such amazing actors! And now Hearty Paws 2 with *swoon* Song Joong Ki in it, is like icing on the cake!! ^.^

Pinki Mar 13 2012 3:34 am I am from India. depite of language bar... i am fan of hearty paws ....yes..i loved the movie hearty paws . but it was heart breaking..Hearty paws 2 is much better. yes, the emotions of an animal are clearly diplyed here with a happy ending. loved it....

The first one almost dehydrated me and thank God that this one is light... hehehe...

RamenLover Aug 01 2010 7:16 am watched this in a theatre in Daegu, South Korea. can't say I was wow'd by the film, but then again I'm not huge on animal films. I took my 12 year old niece to watch the film and she did love the film. I asked her to rate it from 1-10 and she said "8". Likely to appeal to the movie's intended audience.

I guess this is a spin-off, since Hearty in the first movie ****.

But seriously, the pups are so so adorable! >_<