(Redirected from Haru wo Seotte) 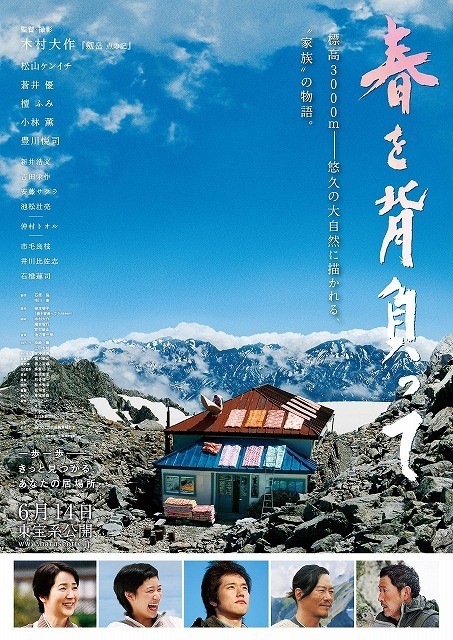 Tooru (Kenichi Matsuyama ) spent his childhood living on the Tateyama Mountain Range with his father. He rebelled against his strict father and he now works as a trader in the financial world. One day, Tooru learns that his father has died. He travels back to the Tateyama Mountain Range for his father's funeral. Eventually, Tooru decides to stay on the mountains. He decides to takeover his father's cottage. At first, Tooru finds difficulties living on the mountain again, but soon he becomes healed by nature. A strange man then appears and introduces himself as Goro (Etsushi Toyokawa), a friend of his late father's.