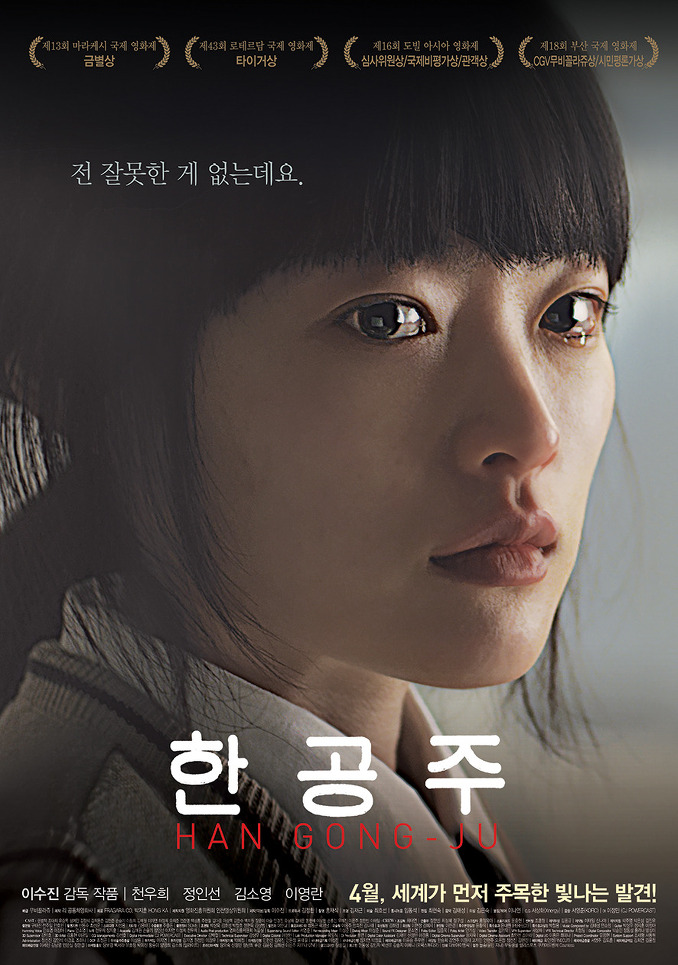 Han Gong-Ju (Chun Woo-Hee) is taken to a home in an unfamiliar area. The home belongs to her former high school teacher's mother. The mother wants to know why her son is leaving Han Gong-Ju there, even though he promised she will be there for only a week. A police investigation is ongoing back in Han Gong-Ju's hometown. Can Han Gong-Ju ever escape from her past? 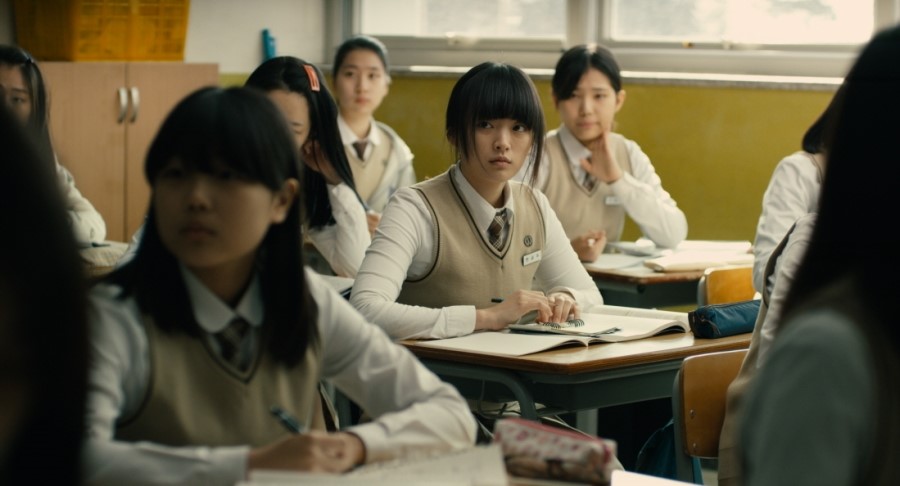 John Sandy Aug 25 2015 11:19 pm Does anyone know one of the songs played? It's the song playing as Ms. Lee dances in her convenience store with a boyfriend immediately after Gong Ju comes back from her first swim practice, around the 31 minute mark of the movie.

I cannot for the life of me find this song.

Laura Apr 18 2015 3:13 pm i can't believe it's inspired from a true story, i read what happened and i wonder how can anyone defend their criminal child in a situation like that??? if my son ever does something like this, i'll kill him with my own hands if only to save my family's honor and my country, you can't have the enemy in your own ranks! girls and their families shamed for boys' behavior, this doesn't make any sense!

Quichang Fa Mar 01 2015 6:29 am The story was based on Miryang Middle School Girls Rape Incident. I have never imagine that some Korean peoples will be as Bastards as this even the police. Winning many awards is useless unless strict laws is maintain.

blablabla Jan 01 2015 2:26 pm Its sooo sad . How can she continue her life I want to kill all thats bastard who doesn't aprriaciate woman or girl hcvwduavyohsdnldsvyeoyiv

Lee Sujin bring out a topical theme in her film Gong-ju. This is Korean high school drama that begins in a quiet, whimsical vein but piles on the emotional revelations until many who have seen the film at its Busan International Film Festival premiere a couple of months ago were left weeping.

The film narrates how Gong-ju (“Princess”) appears to be a typical teenager. The shocking part of the subject us that abruptly she been thrown out of her school and placed in the care of a teacher? She keeps to herself as much as possible and won’t cow down before pressure. But known Eunhee joins in persuading the new girl to join their a cappella group, a seemingly innocent development that will ultimately expose the terrible truth Gong-ju has been hiding.

The film has somewhat possibility of taking off but it fails to rise and flutter down. The film is said to be Emotionally devastating… Here in a twist Chun Woo-hee catches small nuance of panic and pain that a teenage girl, robbed off natural tenacity and will. All standard forms of emotional and psychological support would somewhat support the film. It is exciting to know that Korean cinema is still producing new directors who deserve attention and that this next generationa haven’t forgotten that there are important stories to tell and sustain good cinema.

EsCh Apr 09 2014 1:48 pm So glad to see it will be released in Korea in a week! Have been waiting for a release date in so long. The trailer was amazing and I am excited to see this film!!

EsCh Dec 27 2013 4:52 am I am a big fan of Chun Woohee and I can't wait to see this film! I don't know when it will be available for me to watch but I'm anticipating it greatly and I'm actually very sad that I can't watch it yet! Please let me know with a comment if you know of any information! Thank you!

oumaima Dec 09 2013 7:01 am yay i'm moroccan & actually i love korea so much that i'm really happy that he won the prize in our Marrakech film festival congratulations to lee su-jin ssi !!

kayya Dec 08 2013 5:27 am congratulation for the best film in marrakech festival

Ki Nov 23 2013 3:40 am Watched this film at the Busan International Film Festival. Didn't know anything about the about the movie going in, except remembering the lead actress from movie "Sunny". Even after a month from the screening, the movie still lingers in my mind. It's the best Korean film I have watched this year and it's not even close. Although the stories are not similar, the feeling I had walking out of the theater after watching HAN GONG-JU was similar to the shellshocked feeling I had after first watching Hirokazu Koreeda's "Nobody Knows". If your a fan of Korean films ... you really should check this out. Chun Woo-Hee showed potential in movie "Sunny" and she will just break your heart in this one.