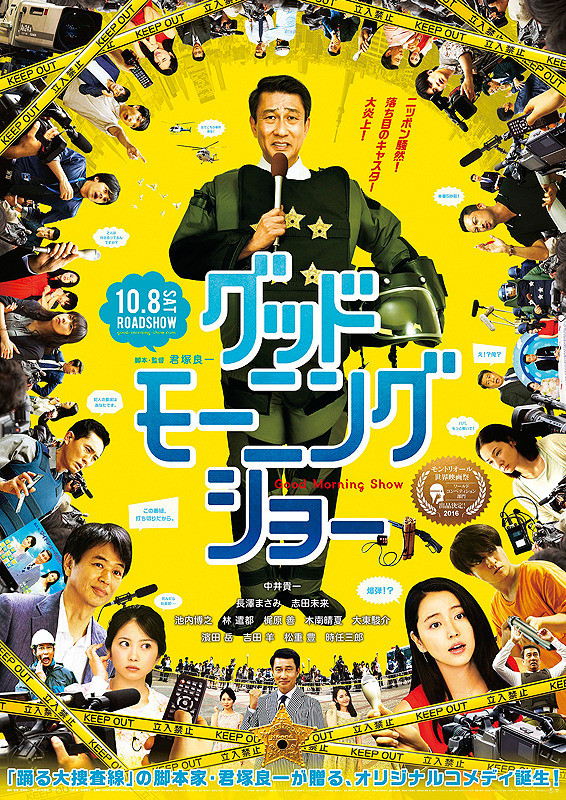 Shingo (Kiichi Nakai) is a host for morning TV show "Good Morning Show." He wakes up at 3AM as usual and becomes involved in a quarrel between his wife and son. Shingo arrives at the broadcasting station and co-host Keiko (Masami Nagasawa) demands that he reveal their romantic relationship live on air. Making things even worse, the producer informs Shingo that the show is about to be cancelled. At this time, a breaking news story occurs. A man with a gun holds hostages at a cafe.

Kaia Jul 05 2017 2:03 pm This is a brilliant and biting look at tv, human nature, and society. Well written and well acted and full of dark humor.