Genghis Khan: To the Ends of the Earth and Sea 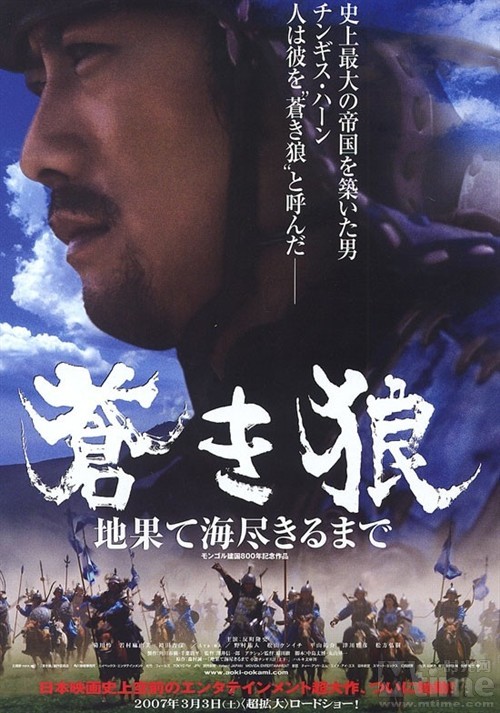 Temujin (Sorimachi Takashi) is born the son of the chief of a Mongolian tribe, and grows up as the one who carries the blood of “blue wolf”. When he is grown up, he marries Borte (Kikukawa Rei), but one night, she is taken away by another tribe. When Temujin rescues her, she is pregnant, and a boy is born not long thereafter. As the boy may be a son of a stranger, Temujin names him Jochi (Matsuyama Kenichi), meaning outsider, and refuses to accept him as his son. The time goes on and Temujin is enthrowned as the King of Mongolia. He changes his name to Genghis Khan and pledges to avenge his long-time enemy, the Jin Dynasty. Genghis Khan finally acknowledges Jochi as his own son, and they decide to fight together, but Jochi is killed by the enemy. The lonely battle of Genghis continues without end. A historical drama about the life of Genghis Khan, a hero who united the Mongol Empire. Total production cost of three billion yen, with 27,000 extras. All filmed in Mongolian locations over four months.

Hi Oct 04 2020 12:08 pm It's really difficult to find this movie with eng sub so I decided to watch it without sub. It's actually a nice movie. Love every character. This is Go Ara's first movie and you did great Ara-shi! You can speak Japanese fluently and nailed it. Hope to see you in a movie this or next year.