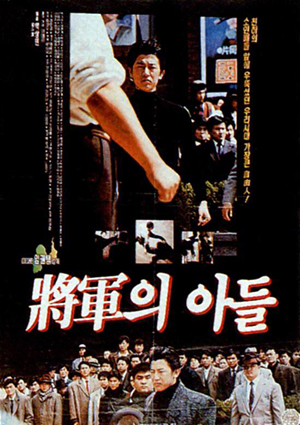 General's Son is based on the actual life of Korean independence activist and fighter Kim Doohan, beginning with his early years growing up as a beggar in the Jong Ro area — which many saw as being the symbolic heart of the country — during the Japanese oppression. Doohan becomes involved with the resident street gangs, moving rapidly up the ranks due to his considerable fighting skills and fierce bravery. It transpires that he is actually the son of a famous Korean general who is currently embroiled in struggles against the invaders, and Doohan himself gradually takes on a similar role, uniting the gangs, residents and student idealists, and fighting back against the cruel Japanese.