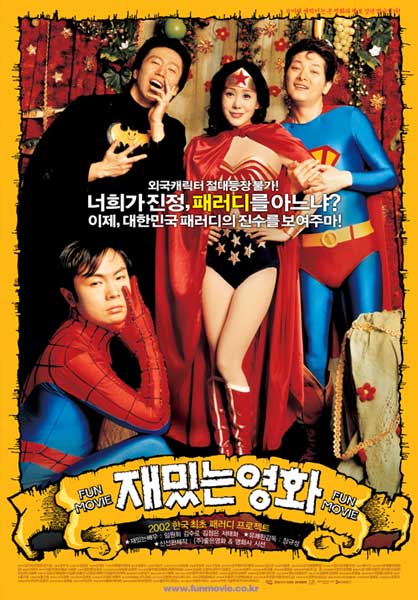 Within the past ten years, Korean film industry has taken a huge leap in both quality and volume. There were hugely successful blockbusters as well as other features with vast range of subjects. Fun Movie can be considered a culmination of Korea's hugely successful film industry in so far that it solely offers parodies of Korean big screen hits.

The film revolves around the 2002 Korea-Japan World Cup. Japan's ultra right-wing group, the Million Men Patriots, are setting up a plot to disrupt an up-coming historic soccer match. After going through severely harsh training, the Patriots finally select Murakami and a cold-hearted sharp-shooter named Hanako as leaders of the World Cup sabotage team. The clandestine group is dispatched to Seoul to launch their evil operation, but of course, things do not at all work out as planned and soon the luckless criminals even run out of sabotage money …