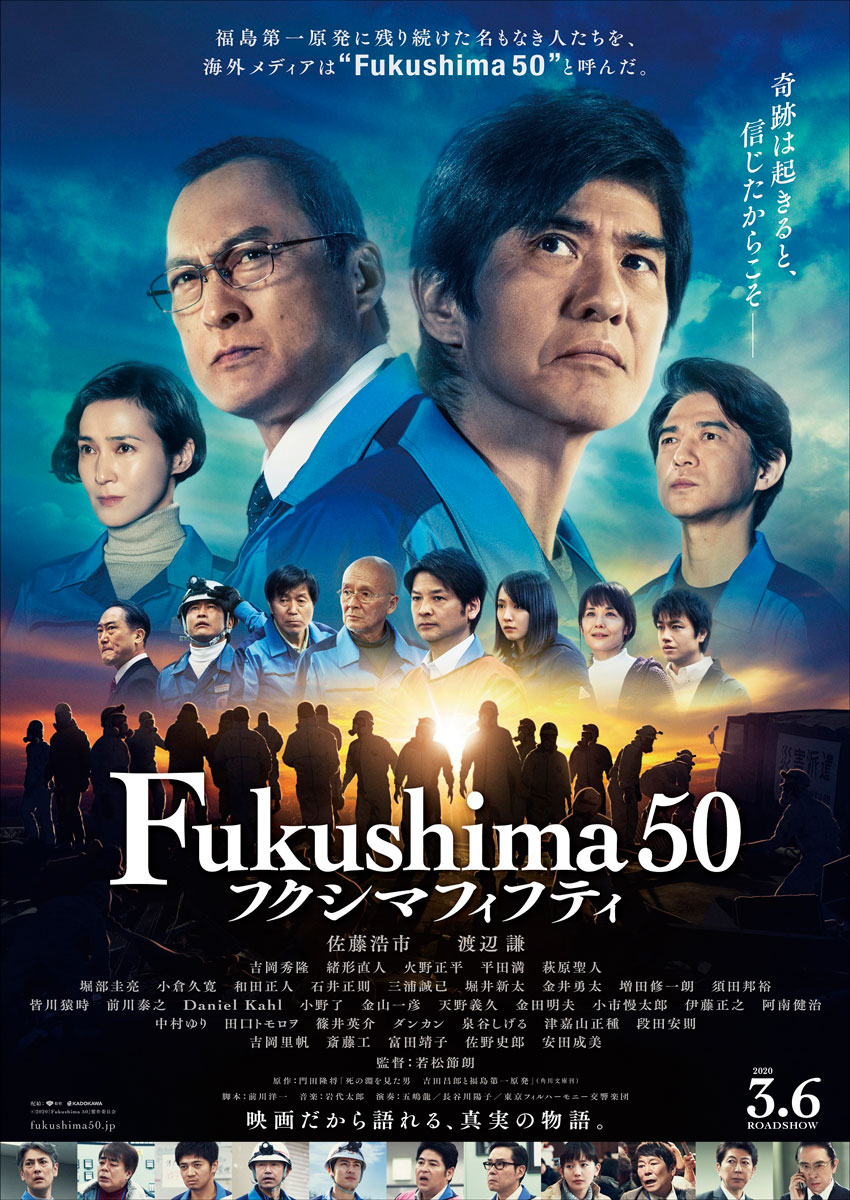 A magnitude 9.0 earthquake strikes at 2:46 PM on March 11, 2011. The earthquake triggers a giant tsunami that hits the Fukushima Daiichi Nuclear Power Plant. Toshio Izaki (Koichi Sato) works at the nuclear power plant and he must make a difficult decision. Masao Yoshida (Ken Watanabe) is a manager at the nuclear power plant. He manages the situation as best as he can and communicates with the company headquarters. The Japanese Self-Defence Forces moves in, as as does the U.S. armed forces. Meanwhile, 50 workers stay at the site and fight to contain the horrific disaster.