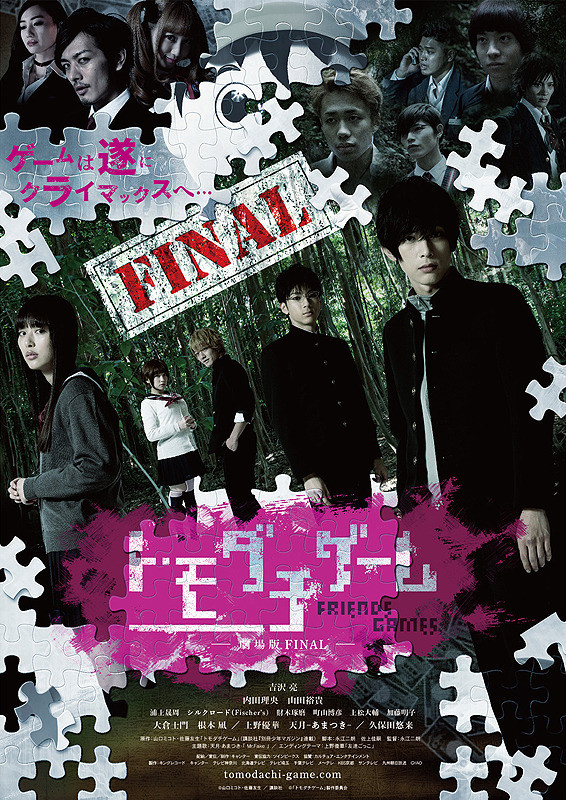 They find that the person who attracted them to the “Tomodachi Game” is Tenji Mikasa. Maria Minase (Yuuka Ueno), who is a mysterious figure, takes part in the team which Yuichi Katagiri and Tenji Mikasa belong to.

the50-person Apr 20 2018 11:02 am Yoshizawa Ryo continues his superb performance from the prequel drama and the first film, and his Yuuichi proceeds to evolve into even more insane levels of twisted. He has a talent for this sort of characters.