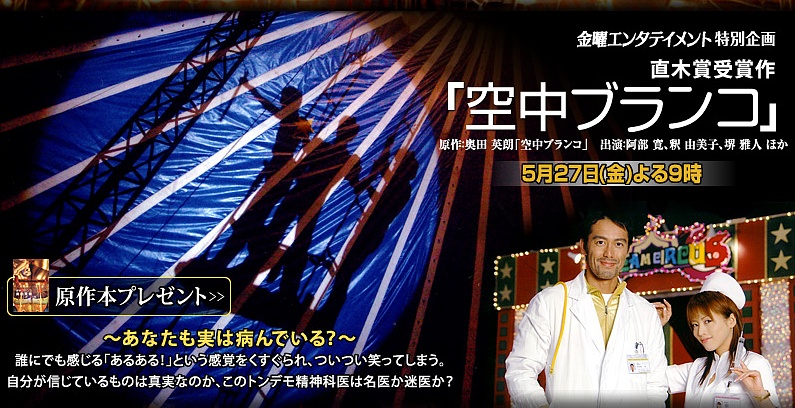 Are you really sick? Is what you believe to be true actually the truth? Is this "tondemo" (preposterous in Japanese) psychiatrist an outstanding doctor or a quack? The "tondemo" psychiatrist is brimming with curiosity. A positive assessment would be naive innocence, while a negative assessment would be a reckless daredevil. He is accompanied by his cohort, a sexy nurse. Flying trapeze performers, yakuza hoods, models and an assortment of characters with their various problems visit the psychiatrist Irabu, which results in all sorts of happenings. Does his totally unexpected behavior help his patients get better or is it just a personal whim? Will they be cured of their emotional disorders?