Enishi: The Bride of Izumo 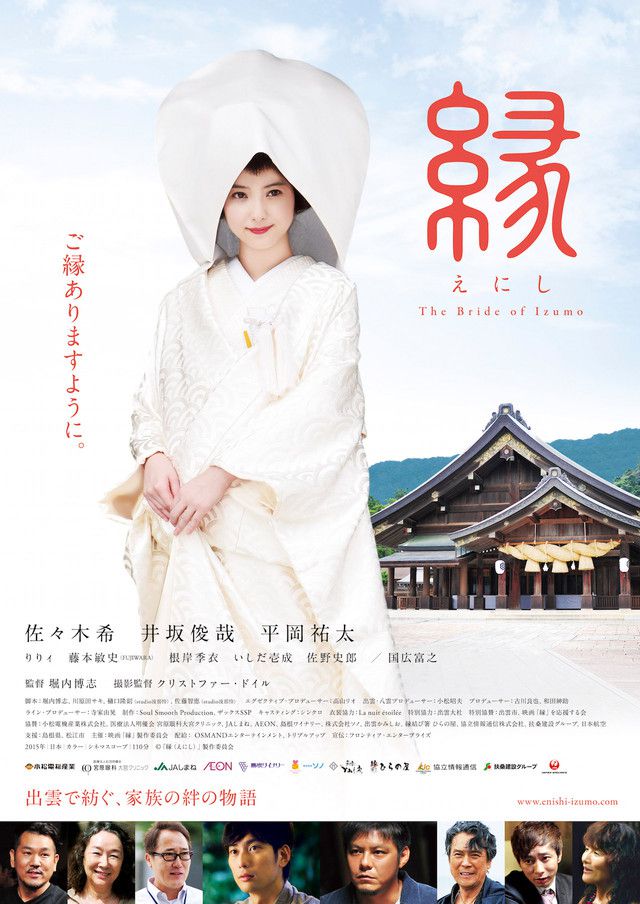 Maki Iizuka (Nozomi Sasaki) works as an editor for a wedding magazine in Tokyo. She is set to marry Kazunori Nakamura (Yuta Hiraoka) next month, when her grandmother dies. Her grandmother was like a mom to Maki.

While Maki arranges items left by her grandmother, she discovers a box made from empress tree. The box contains a white bridal Kimono and marriage registration forms. The marriage registration forms are mostly empty, except for the name "Soichi Akiguni" filled into a blank. Maki becomes curious about Soichi Akiguni and decides to go to her hometown Izumo in Shimane Prefecture. There, she meets a young fisherman.