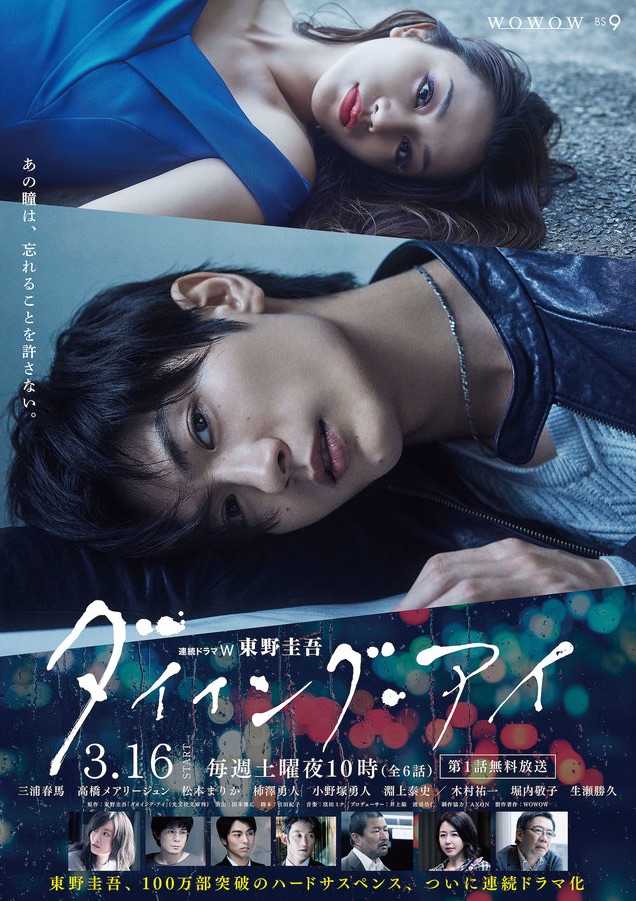 Shinsuke (Haruma Miura) works as a bartender. One night, he is attacked by a stranger. Shinsuke loses some of his memory. He doesn't remember that a year and half ago, he was involved in a car accident which led to the death of Minae (Maryjun Takahashi). Shinsuke learns that his attacker Reiji was the husband of the woman killed in the car accident. Reiji killed himself after attacking Shinsuke.

Jay Quintana Dec 03 2020 7:10 am Just heard of this series. Wasn't sure if I could watch it. Felt it might be too painful seeing Miura. It wasn't, though. You feel for his loss, but you appreciate the work he left behind. I binged watched this in one night. Great acting, captivating plot, but the story didn't quite resolve itself as well as I hoped. Nevertheless, it's well worth your time. And you might want to check out Vertigo before or after you view this.

karenktq Dec 09 2018 4:18 am Maryjun as lead role? Yatta~ I love how the great Keigo Higashino's novels are getting adapted into films/dramas each year.