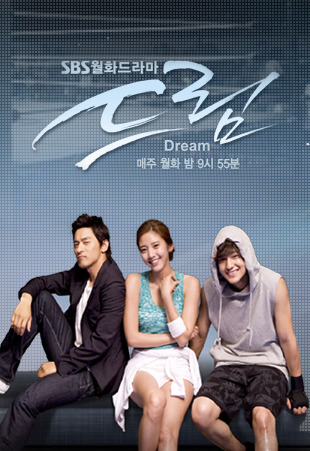 Je-il Nam is a sports agent who was once at the top of his game, but after one of his clients becomes involved in a drug scandal his business goes down the drain. He then comes across a troubled youth named Jang-seok Lee (Kim Beom). After leaving a juvenile detention center, Jang-seok attempts to become a champion K-1 fighter. Along with taebo instructor So-yeon Park (Son Dam-Bi), Je-il tries once again to make dreams happen.

amislee Sep 16 2018 7:42 am I've never liked kdramas and the more I watched them, the more I realized why. I find it really difficult to finish watching this due to bad directing, weak script, mediocre acting, illogical situations, and stupid "plot"-lines that make no sense which only purpose is to heighten melodrama. Maybe it's because of the directing, but almost everyone's acting is painful to watch, especially Joo Jin Mo who is bland and wooden after the first couple of eps and Son Dam Bi who has zero chemistry with him. Kim Beom's character is not very well written at times, but his acting, though a bit awkward at first, is really good later on and his is the only watchable character here, along with the despicable Kang Kyung Tak and a few other bit players.

mia Jan 29 2017 6:02 pm Joo Jin-Mo around this period (2009) has to be the best looking Korean male actor ever. The actors that are popular right now like Lee Min Ho, Lee Jong suk, etc...look kind of girly compared to him.

Kate May 06 2014 12:44 am I really enjoyed this heart warming drama. I like it doesn't revolve around love triangle and is more on the brotherly love between the 2 male leads and how they overcome the obstacles to achieve success. Kim Beom is so cute and Joo Jin Mo is so hot and handsome.