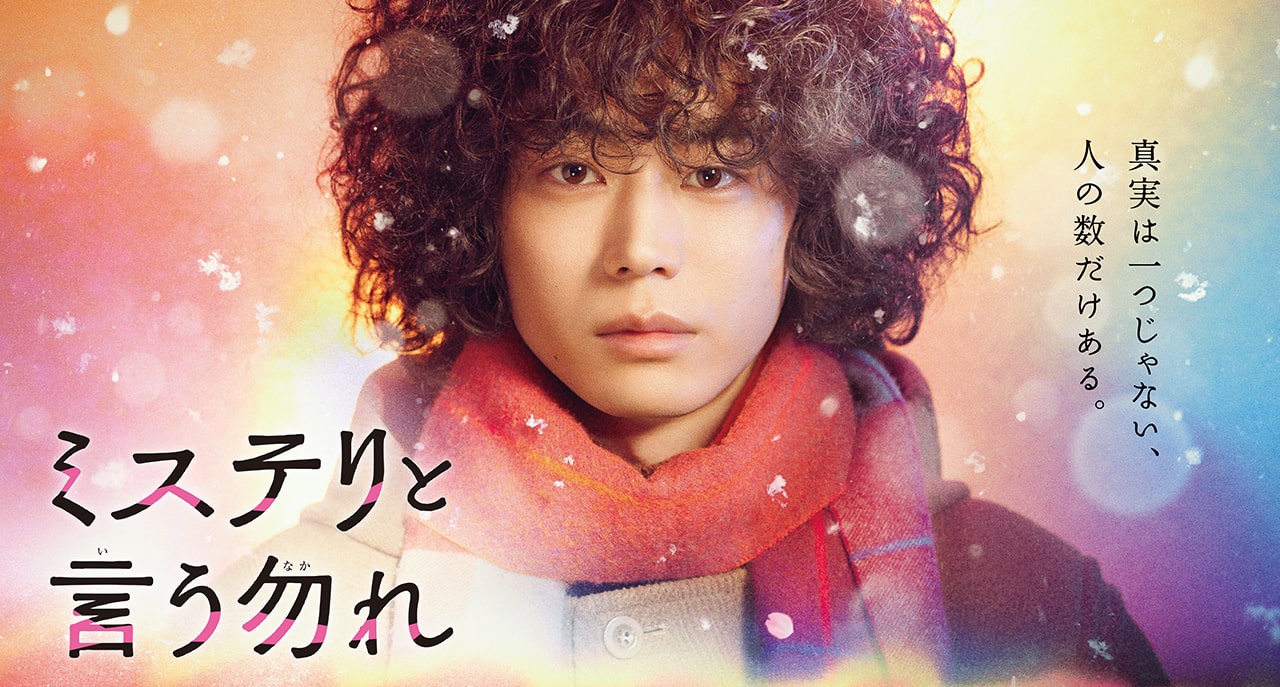 Totono Kuno (Masaki Suda) is a university student. He has curly hair, which he has a complex about. He doesn't have any friends or a girlfriend. His memory and observation skills are very good and he is also skilled at making conclusions from a given set of facts. A murder case takes place in a park near Totono Kuno’s home. The victim is a university student that attended the same school and Totono Kuno becomes a suspect in the murder. He is interrogated by detectives at the police station. During the interrogation, Totono Kuno becomes aware of hidden clues behind the student's murder and also the personal worries of the detectives. But a weapon, which contains Totono Kuno’s fingerprints, is found.

Lisa Rojas Sep 05 2022 6:34 pm This series really keeps you interested. The acting is great! The different characters are well written. Will there be a second season? I hope the answer is yes!

Susan O Sep 04 2022 1:29 am I love this drama! The main lead is such a different and fascinating character.

William Coco Aug 14 2022 9:21 pm Unique as its main character, Baker St does subtitles-a nod to Japan’s Sherlock Holmes. Loved every second, and that it’s not another wonderful asinine crime series, which are obviously great too. As an American it’s so wonderful to stumble onto these very addictive series, many worth watching again. Raki is a must have channel option through Apple TV, if you like the uniqueness of Asian film. Definitely set for a second season, I’ll be waiting!

AllieK May 14 2022 9:19 am Just a wonderful series. I really hope there is another season. The twists and turns were so unpredictable you had to stay with it all the way. Great job all!

Lea May 12 2022 9:20 am Its great! Love the manga and the drama doesn't disappoint me. Still,i cannot believe i didn't recorginize Masaki Suda is the one playing as Totono for two episode

Katherine May 11 2022 10:11 pm I absolutely loved this one! Masaki Suda played his character very well! I can't wait for the 2nd season!

chesstitans Apr 18 2022 2:47 am @hojicha Thanks. I am looking for an encapsulation of the drama and you have helped me.

Every episode features a different crime - starring a different guest actor(s), who is a notable(!) actor/actress (almost every ! ) in Japan.