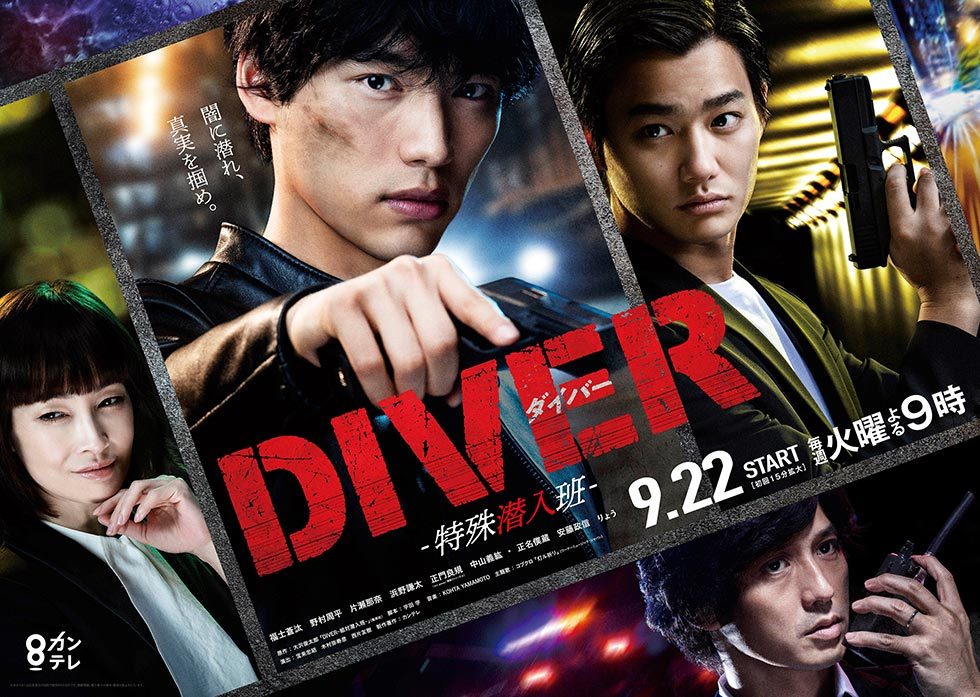 To fight against the rise of criminal organizations, the Hyogo Prefectural Police Station has secretly formed the Infiltration Team. The Infiltration Team is called the "D Team" and members on the team are called Diver. Risking their own lives, the team infiltrates into dangerous criminal organizations. Investigator Hyogo Kurosawa (Sota Fukushi) is a member of the D Team and he is also the best member on the team. He is ruthless when it comes to arresting criminals, but he sometimes shows good aspects to others.

@Someone@ Aug 12 2021 12:29 pm SPOILER ALERT (But not much) Honestly, I like the ending so much the plot twist there. But it seems like they making this drama too short and hurrying things up. The plot for this drama is about 7/10 which is because it's not giving justice with only 5 eps. I hope for 2nd seasons where they're going to take down Akutsu. I like the chemistry between this squad. Sota Fukushi I saw him before but didn't pay much attention but now after I watch this drama well I'm gonna dig more about him, HE'S GOOD. For acting 9/10. But for ending really 6.5/10. They don't explain how did he survive and what happen after that and you know suddenly showing that scene running syo and hyogo together. So overall, 7.5/10. If they giving 2nd season then I say it worth looking up for more. Whoever that want to watch this, surely you guys can have it once. Cause it's not too long nor slow pace plot. It's fun with thrilling and action(mild). So yeah give this a taste! Enjoying for me <3 Look forward to Sato's acting!!!