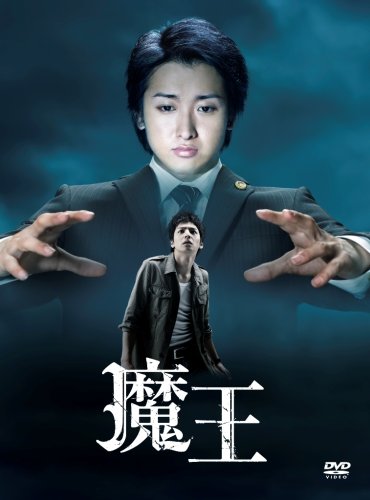 Ryo Naruse (Satoshi Ohno) is known as the “Angelic lawyer”, a very smart lawyer who always manages to alter any case to its advantage. However, he also has another face that nobody knows about. He is in fact, a “Satan” who has been devoting his whole life to seeking revenge on the person who killed his younger brother 11 years ago…

Naoto Serizawa (Toma Ikuto) is a fervent detective who has the top crime arresting rate. However, his hate for crimes is so strong that he often causes trouble during investigations. One day, Naoto receives a package containing a tarot card. Few days later, Naoto’s father Eisaku’s lawyer is murdered. At the crime scene, they find the same tarot card that was in the package…

One mystery is followed by another in a series of killings. It is “the” perfect revenge scenario…so perfect that it is almost beautiful.

A confrontation between two people, both with a dark past is about to begin.

Nabe Gamma Aug 01 2020 7:56 am I watched this initially because I am a fan of Arashi & riida is my fave. I was so proud of him in here. He gave so much depth to Naruse-san's character. The moral of the story & plot twists are so spot on. I cried with the characters and literally watched every episode wishing that I had let it finish first because I had to wait another week! This will not disappoint

Tahera Nov 14 2016 12:08 am Really great drama since it was aired on t.v. I have been obsessed I still watch like it was yesterday I was able to buy the drama series on DVD and the sound track the characters are all good

ace Oct 26 2016 3:08 pm Decent revenge drama with rather unique premise. Certainly worth watching. That said...spoilers ahead...there was one important premise they consistently ruined. The premise that Naoto Serizawa was living "righteously" to atone for being a bully. How does he atone? By becoming a cop that bullies and abuses people. He screams at people constantly, grabs them, hits them, threatens them, even hangs them off rooftops. Has not changed a bit that I can see. Just now he has a gun and a badge. So it nullified any empathy I might have had. Worse yet, all his cop buddies all support him instead of calling him on how he hasn't changed at all. But even with that over-the-top portrayal of a bully cop, it is still a worthwhile dorama.

poor naruse.. TT____TT poor shiori TT____________TT poor all of the chara.. they actually r kind people inside their deep heart *even the most evil is

i cried a lot for them..es for the final ep