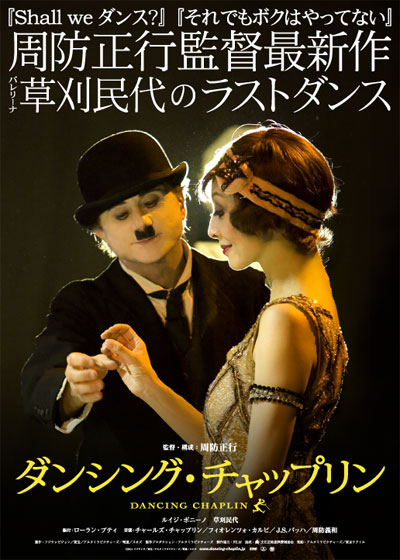 The celebrated French choreographer Roland Petit had always had his eye on a film presentation of his ballet "Chaplin Dances", which premiered in 1991 and has been touring the world since, and he assigned this project to his trusted friend, Masayuki Suo, pioneer of the current revival of Japanese cinema. Drawing upon a wealth of worldwide ballet talent, Petit's ballet and Chaplin's films, Suo reinvented the work and has given it a new lease of life. The resulting piece is not simply a filmed record of the ballet but a union of the two media that reflects the meeting of the great talents of Chaplin, Petit and Suo. -- Montreal World Film Festival

Claude R Blouin Sep 23 2010 7:09 am You can read a critic of Dancing Chaplin in french on shomingeki.de, article about the japanese selection of the FFMMntréal.