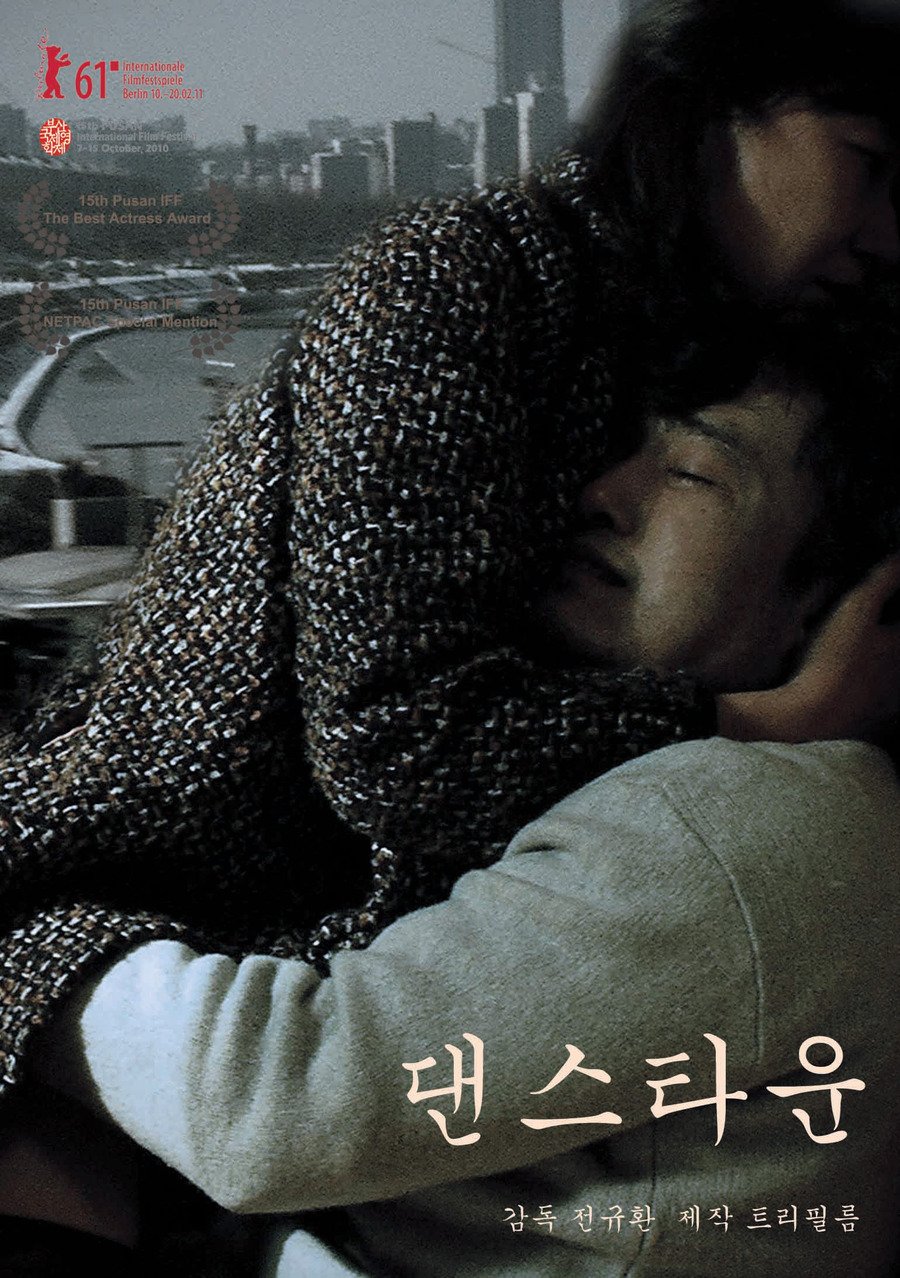 "Dance Town" depicts the life of a female North Korean defector living in the city of Seoul, South Korea.

Ri Jeong-Rim (Ra Mi-Ran) is a former North Korean ping-pong player. Her first marriage failed and then she remarried. She lived happily with her second husband. Her husband had connections with South Korea and was able to get South Korean cosmetics for Ri Jeong-Rim, but then a neighbor gets them in trouble with the authorities. Jeong-Rim's husband pushes Jeong-Rim to flee to South Korea, while promising to follow her there soon.

Ri Jeong-Rim arrives in South Korea. She lives day by day, surrounded by violence and zero understanding of her new surroundings. She then sees a picture of her husband executed in North Korea. Jeong-Rim loses all hope and attempts to commit suicide. She fails.

Other characters around her include Kim Soo-Jin - a public official who watches over her. Kim Soo-Jin lives with her devout Christian mother. Her life is dry. Police officer Oh Sung-Tae is an acquaintance who begins to take an interest in her. While Jeong-Rim does volunteer work she meets a physically challenged man Lee Joon-Hyuk. He lives alone in a small room.

Jeong-Rim's relationships with those around her cause further harm to herself ...