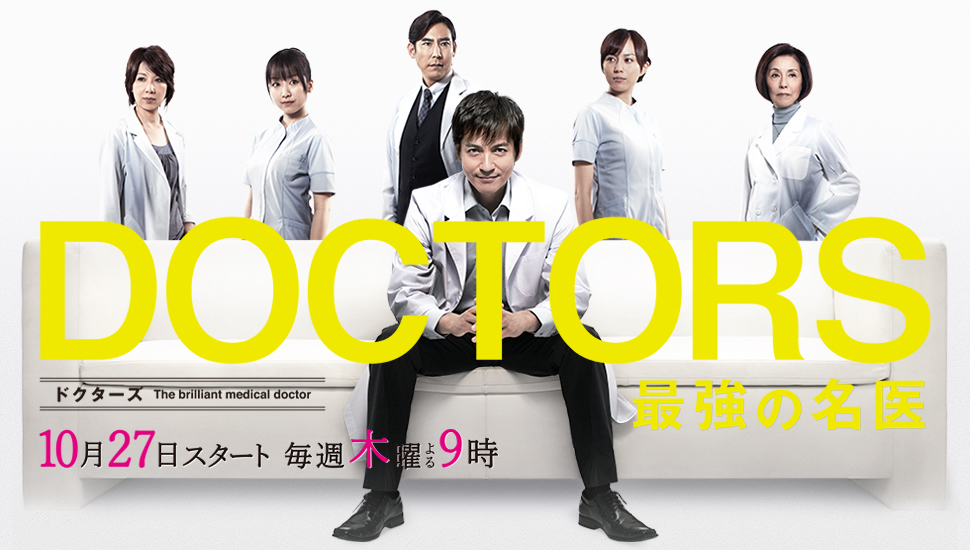 Donoue General Hospital runs into a budget deficit, even though the doctors drive expensive imported cars and live an outlandish lifestyle. Office manager Momoi finds surgeon Kosuke Sagara (Ikki Sawamura) through a medical website. Kosuke Sagara arrives at the hospital and tells the director of the general hospital (Yoko Nogiwa) to decide on his pay after watching his work. Kosuke Sagara informs the hospital that he had previously quit his job at a university hospital and taken a year sabbatical.

At night, the condition of the patient changes ...

doctor vandalay Nov 30 2018 1:15 pm Ive watched this series a couple of times and i realised the most important character arent the doctors, but the medical representative Shibuya. Nothing happens without her involvement.

nads Sep 16 2018 5:09 am After watching this drama so far...the plot is really educational (in a sense of the diseases and care given) and eye opening as you get to know more about the cast,the hospital's way of receiving patients before and after..

pretty curious of the way moriyama sensei reacted whenever he was happy and mad...esp when talking or talking about sagara sensei....does he have like a psychological condition?

tati diana Oct 05 2016 10:20 pm I have seen this movie at wakuwaku japan. I love it. Sagara sensei is very cool, kind hearted, and very inspiring how the doctor must be. I hope I can see the next episode.

Shing Aug 14 2014 4:53 pm This was such an excellent series that gets better as it goes on. This series has a great story and a great cast of characters. Each of the episodes feature a unique story and each one is pretty emotional and deep.

The casting of Ikki Sawamura as the lead character was a great move and he carries the main character pretty well. Likewise the same could be said of the casting of Manami Higa as the main female lead and love interest. Those two characters had such great chemistry.

Mike Jan 07 2014 4:24 pm I'm quite disappointed that this show ended after only 8 episodes, this is something I could have watched for a very long time.

anonymous Jan 26 2012 7:36 am great drama... but the ending's not quite an ending that i did not realise it's the ending... kind of disappointed with the ending but it's a great drama nevertheless, very refreshing..