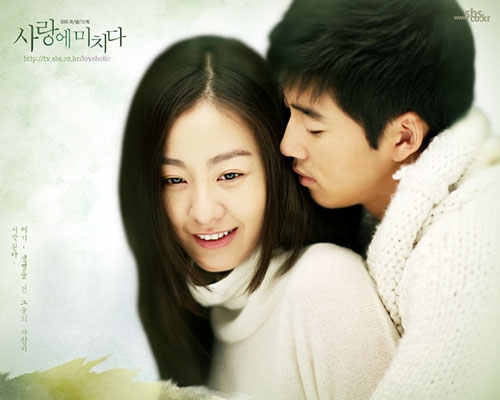 One winter day in 1998... Giving up on his dreams to become a professional boxer, Chae-joon (actor Yoon Gye-sang) becomes a gang member under the powerful boss, Gab-soo. Although life as a gang member holds no future for Chae-joon, Min-hee (actress Kim Eun-joo), the special girl in his life, gives him all the love he could ever want. Meanwhile, Hyun-chul (actor Lee Jong-hyuk) and Jae-hoon get ready for their first flight to become certified pilots. Then there is Jin-young (actress Lee Mi-yeon) who is just starting her career as an aeronautical engineer. Jae-hoon, who is Hyun-chul’s best friend, will soon get married to Jin-young but Hyun-chul is filled with mixed emotions over their marriage since he was attracted to Jin-young for many years. But just 3 days before the wedding, Jae-hoon is struck by a car driven by Chae-joon and is killed instantly. Chae-joon is charged with manslaughter and shatters the life of Jin-young. After silently suffering from the guilt of secretly loving his late friend’s fiancée, Hyun-chul decides to leave the country and never return. Chae-joon is sentenced to 7 years in prison for manslaughter…

7 years later... One winter day in 2006... During his time in prison, Chae-joon completed a course in plane maintenance to become a mechanic. Meanwhile, Jin-young is living with Jae-hoon’s parents ever since their son’s death and is working as an engineer at an airline. After graduating from college, Min-hee becomes a flight attendant. Hyun-chul returns to Korea, thinking that he has gotten over his feelings for Jin-young… The fates of these four people are about to become intertwined… Without knowing that Chae-joon is the man who killed her fiancé, Jin-young meets Chae-joon one fateful day. Chae-joon finds himself falling in love with Jin-young, not knowing that her late fiancé was the man he killed accidentally... The sad love story of two men and two women begins...

A rare one of a kind of drama... So many mixed emotions... I don't know where to even begin... One thing for sure i can't imagine anyone else playing the role of Seo Jin-Young other than Lee Mi-Yeon herself... same goes for the outstanding Yoon Kye-Sang.

Although the plot is not practical still i liked it very much... So heart touching and sad at the same time...

The acting of the leads is top notch to the level one can actually feel the pain and suffering they are going through. I salute them for that....

I have to mention... This drama is one of the reason why i started watching Kdrama in the first place... It is one of the best classic drama i have seen... I can't ever deny that..

Deserves nothing less than 9.8/10 as i rated before (marvelous performance by both main leads, great cinematography + superb music... a well directed drama... Every minute spent on this is fully worth it.. This drama is a Masterpiece indeed...)

ace Dec 22 2014 10:57 pm I find that among the problems with Korean cinema is its over-reliance upon fate to further the plot. It usually makes for rather lazy scriptwriting instead of a interesting and credulous path to a better plot. Sadly, while the cast did an admirable job in this series, the script lets them down with worn out tropes and manufactured plastic melodrama. In the end, the effort needed to keep this plot going forward had me pretty much hating every character, and not in the good way. I think it could have maybe worked as a 90 minute movie but not as a series.

Clarkdale44 Dec 10 2013 1:43 pm Mind blowing performance Lee Mi-Yeon, so heart touching and remarkable.. I wish ending could be a little bit extended.. Ending seems rushed. Anyway it was tremendous drama. I trully must admit... i am impressed!!! Such heavy story... I will give it 9.8/10 for great casting and cinematography as well as such strong storyline. Its a masterpiece no doubt.

Fatemeh Nov 01 2011 2:29 pm Elegant and gentle Lee Mi Yeon! What a soothing voice she has got. I remember seeing her in one of Jo Sung Mo's MVs from a long time ago. She said a few words at the beginning of the MV and I loved her voice.