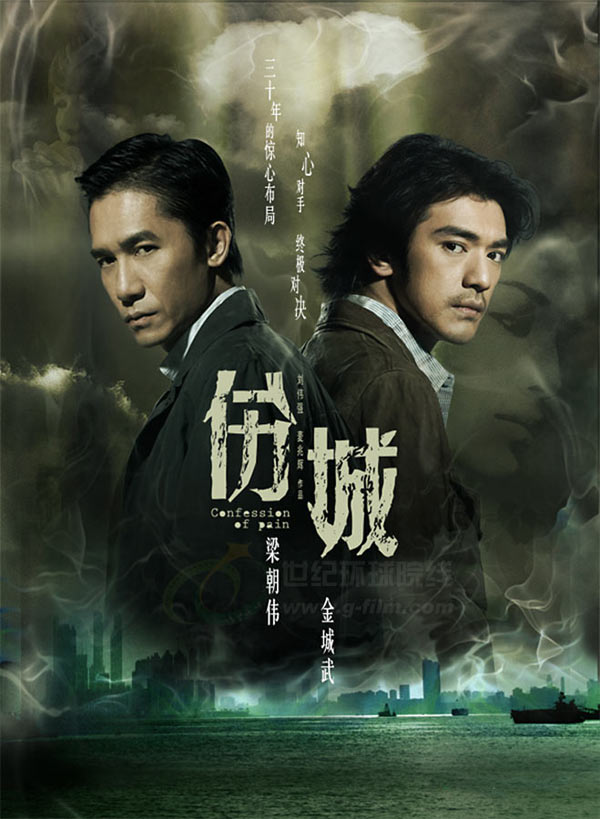 In a city of love and prosperity, a city of lost hope and premature death, veteran detective Hei (Tony Leung Chiu Wai) feels it all: the hurt, the helplessness, the horror. When his father-in-law, the billionaire benefactor Kim, is gruesomely murdered in his palatial mansion, he enlists the assistance of his former partner turned private detective, Bong (Takeshi Kaneshiro).

On the surface, the murder smacks of a vendetta that has taken a lifetime to fulfill. But no sooner has Bong agreed to crack the case with Hei than he realizes nothing is what it appears to be. Undoubtedly, they are after a monster in a perfect crime: every detail was meticulously orchestrated, every motive conveniently justifiable, and every culprit and potential witness mysteriously eliminated.

But Bong has his own demon to fight. Ever since the suicide of his pregnant girlfriend, he has lost his joie de vivre, even though he still retains the finest instincts of a man hunter. As he digs deeper and deeper into the case, all evidence seems to point to Kim¡¦s daughter and Hei¡¦s hysterical wife, Susan. But then the killer ups the ante by murdering Susan as well. Bong starts grappling with the suspicion that the man they hunt is someone very close to them, someone on the verge of a total breakdown.

Like lost souls in a city of fallen angels, the cop, the private detective, and the killer are doing what they must. Every step of their journey takes them closer and closer to one another, until a shocking denouement in which no stone is left unturned and no one can escape unscathed.