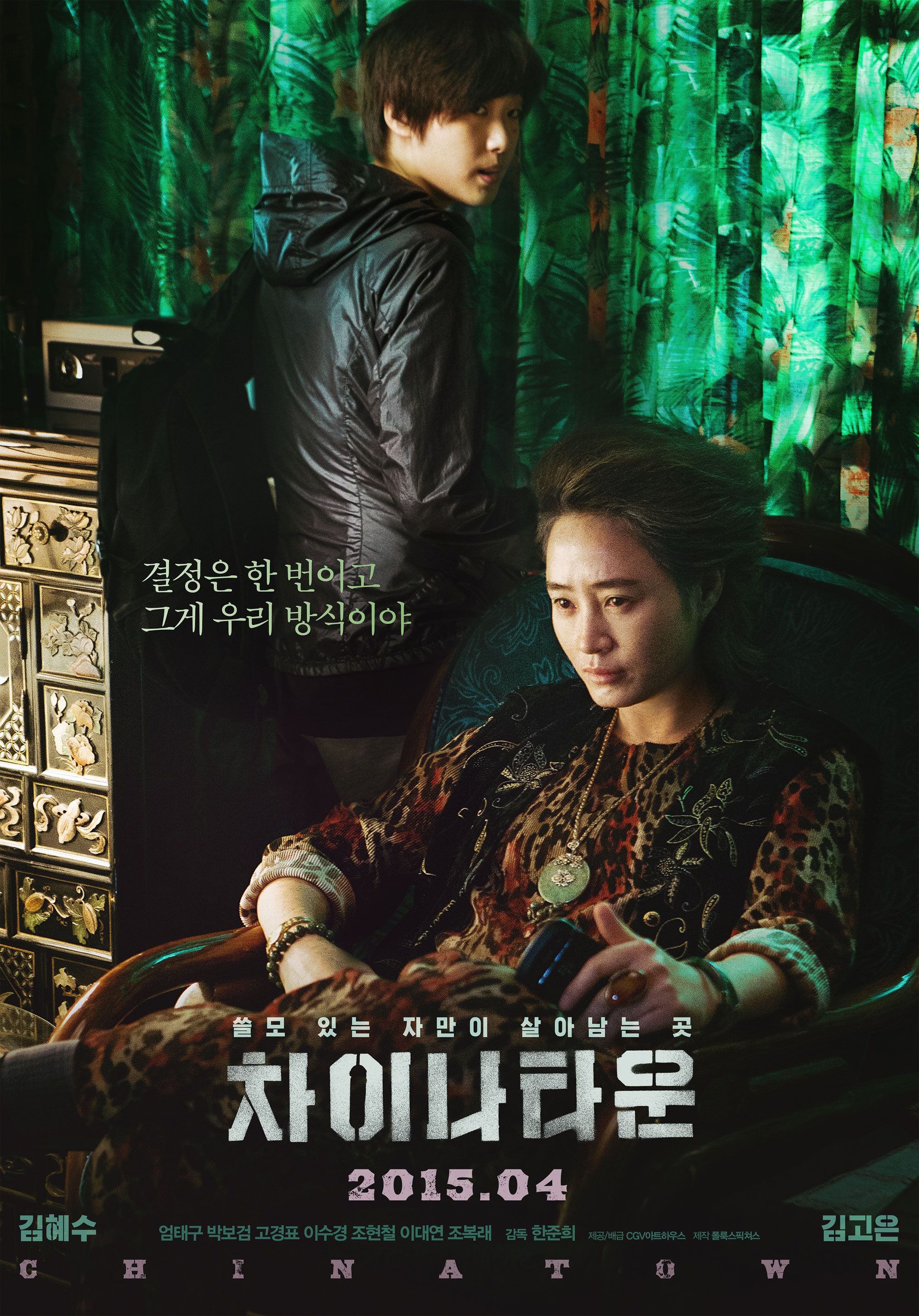 A new born girl is placed in a coin operated locker in the subway station. The girl is raised by a mother (Kim Hye-Soo) who is the boss for a loan shark group. Later, when the girl has grown into a teen, she carries out missions given to her by her mother.

Katie Mar 22 2021 8:54 pm I enjoyed this movie because it is another feather in the cap of Kim Hye Soo as Best Actress for this role as an unglamorous, cold blooded loan shark. It is a far cry from her other roles that gave her Best Actress awards such as the notorious historical character Jang Hee Bin, also a femme fatale in Tazza: High Rollers and Thieves, a funny protagonist in Queen of Office, and Best Actress in crime show Signal and Hyena.

Nikki Jun 21 2020 4:06 pm Honestly such a good movie. 10/10. Really loved the storyline, and Kim Go-Eun killed it! So different from seeing her act in a drama. She should definitely do more crime/ action movies. I will be re-watching this movie in the future for sure.

hassani Nov 29 2018 4:09 pm What i find funny is, if Park Bo-Gum wasn't good looking he would have been a forgotten story, that's just a funny bad thing about humanity. hhhhh

lala Jan 22 2017 3:50 am kim go eun seriously a good actress. she can be a brutal, a psiko and a cute character in her work. she is my crush. i hope KGE can show us more quality work in future. saranghae.

Rouge Aug 28 2016 10:58 pm this movie should have won more awards, a true master piece in my opinion. I absolutely loved the script. However what really did it for me was Kim Go Eun by far one of the most talented actress in the industry. She has true talent and a true actress unlike the singer turned actors/actress. You can truly tell the difference in acting b.w the two. very impressive and hats off to the people for casting the right individuals because the dynamics were mind-blowing. If you can't tell i really really like this movie and Park Bo Gum and Kim Go Eun, i just really really like this movie.

Rosel Jul 04 2016 6:25 am The characters are really captivating. They have done their roles so well.

Its funny that i still hope until the end that Seohyun (Bo Gum) still alive T.T

I really more fallin love with Bogum and Go eun because this movie..

vmarlany Feb 13 2016 6:44 pm i didn't expect too much since this is action and brutal movie, because i don't like the genre. but i consider to watch it because kim go eun play this movie, and out of my expectation from the begining of movie i start to like it, this movie drag me into the story even there is some brutal scene , their acting make me forget that this is just a movie. i come to story as if i am in movie and play the movie. lol . this review maybe exagerated but really this is the best korean action that i ever watched.

Diane Feb 02 2016 1:19 pm Good acting can't hide the glaring fact that this is a distasteful, brutal movie. If you're into self-abuse in a big way, you'll probably enjoy sitting through this gore. For me, it was a colossal waste of time.

lovethuggyduck Feb 01 2016 4:20 pm One of the best Korean films that I've seen. Kim Go Eun was so good in this. And Park Bo Gum was so adorable, as usual.

Ceci Jul 21 2015 11:50 pm This reminds me of Hwayi and also killer girl k! And the cast is amazing the actress who plays the mom is an amazing actress she's so versatile it doesn't even make sense how she transforms for her roles and the girl I remember her in Monster with Lee min ki, she nailed her role! And not to mention park Bo gum is killing it in I Remember You! Epic Cast, Epic Movie! Can't wait!

Panda Feb 19 2015 7:04 pm Dang, her mom's hair really needs some Deep Conditioning treatments! daebak so dry!... on the other hand this seems like a good drama.