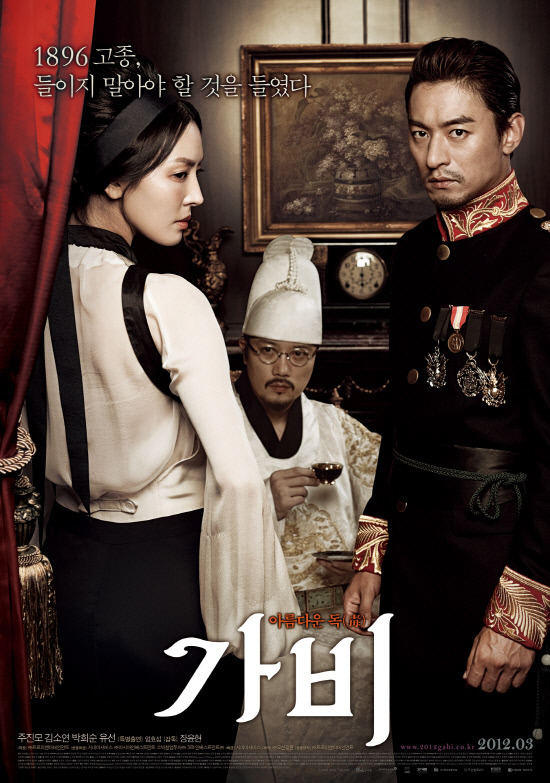 "Gabi" depicts the assassination attempt of King Gojong (Park Hee-Soon) - the 26th king of the Joseon Dynasty. Set towards the end of the 19th century, when coffee was first introduced to Korea, Russian sharpshooter Illichi (Joo Jin-Mo) and Joseon's first barista Danya (Kim So-Yeon) are manipulated by Japanese officer Sadako (Yoo-Sun) into an elaborate plan to assassinate King Gojong.

Danya and Illichi are lovers who work together in Russian swindling gold and coffee from their unsuspecting victims. The duo are captured by Russian soldiers and eventually handed over to Japanese officer Sadoko (Yoo-Sun). Sadako then recruits Illichi and Danya into operation "Gabi". The goal is to assassinate Korea's Emperor Gojong. The penalty for their failure is death.

Meanwhile, King Gojong hides out on the premises of a Russian legation after his wife is killed by Japanese assassins. King Gojong works on staging the future Korean Empire. 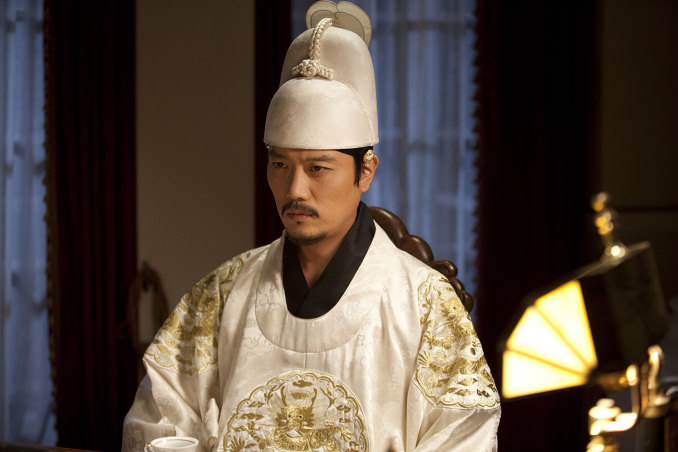 Aisha Jul 20 2021 11:57 am I watched this for Kim So yeon... i have watched almost half of her works and she's really my favorite actress I refrain to watch Korean Movie Gabi because I can't find it in Vi* Netfli* etc But I can't wait anymore and I watch it It is the most satisfying romance korean movie for me :"))

SueP Mar 01 2017 5:39 pm People, you're just too darn critical. This was one exciting, sexy movie. I'd watch the two leads read the phone book, in Korean, with no subtitles, and still find them the sexiest actors in South Korea. Give it a rest with the criticism. I loved it!

jasmine Sep 23 2014 11:52 am For whatever people talk about this movie, I enjoy watching. It nice n very entertaining...

Garanchou Aug 16 2012 5:32 am With such a giant budget they may hire an actors who could speak Russian without horrible accent.

Ki Mar 21 2012 4:49 pm When one watches “Gabi” they might think a little bit about the concept of “false advertisement”. On the exterior, “Gabi” seems to convey itself as a unique period action-thriller. At least, the trailers for the film seem to imply this. But when you watch the film, you quickly realize that the movie, at its core, is a rather pedestrian romance film. During the movie’s early planning period, “Gabi” was slotted with a budget of roughly 10 million USD, but, with the general poor box-office showings of big budget Korean films in the last year, the budget for “Gabi” was cut in half to 5 million USD.

Fast-forward to the completed product today and the end result isn’t so pretty. The movie opens with an action scene recalling “The Good, The Bad, The Weird,” (but not nearly as impressive) and the movie closes with some action scenes. In between, where roughly 90% of the film exists, “Gabi” features mostly talking, a whole lot of talking. During this point, it’s easy to wonder how many scenes where left out of the film due to cost constraints.

The movie itself, based on a best selling novel by Kim Tak-Hwan, centers around two Russians of Korean decent who work as bandits and are also lovers. Joo Jin-Mo plays sharpshooter Illichi and Kim So-Yeon plays femme fatale Danya. The couple are then pulled into a brazen scheme by Japanese officer Sadako (Yoo-Sun) to assassinate King Gojong (ParK Hee-Soon) of Korea. The king has an affinity for coffee, so Sadako uses this angle to push Danya and Illichi into King Gojong’s world.

The premise is enticing, but, unfortunately, the execution of the original novel into a film doesn’t work nearly as well. Again, I do have to wonder how much the budget cuts played into this. Certain staging sets looks nice, specifically King Gojon’s temporary residence and the restaurant where Danya worked. Other than that there’s not much else to hold the viewer’s interest. Just that incessant talking.

Out of the two main leads, Kim So-Yeon made the far more favorable impression. She hasn’t had a lot of work on the big screen so far, which works in her favor, and she also possesses an exotic look that brings her character to life. Meanwhile, Joo Jin-Mo pretty much reprises his role from the 2007 film “A Love” (you know a man gives up everything for the woman he loves), but just set in another time period. If you haven’t seen much of Joo Jin-Mo’s other works, you might have a better impression of him in “Gabi”. There’s also Park Hee-Soon turning in an ok performance that probably required more oomph and Yoo-Sun turning in an annoying performance as the pure “evil” character. Her performance might have been better in a comic book, but felt really out of place here.

On the bright side, “Gabi” does have some limited appeal. The period staging, particularly in the King’s quarters, looks impressive and Kim So-Yeon makes an impression with her stunning looks. Nevertheless, the movie is saddled by budget cuts that left the film without enough action and saddled with just too much talking. As it turns out, “Gabi” is one of those films where the trailer features all of the movie’s highlights and you’re better off just watching that.