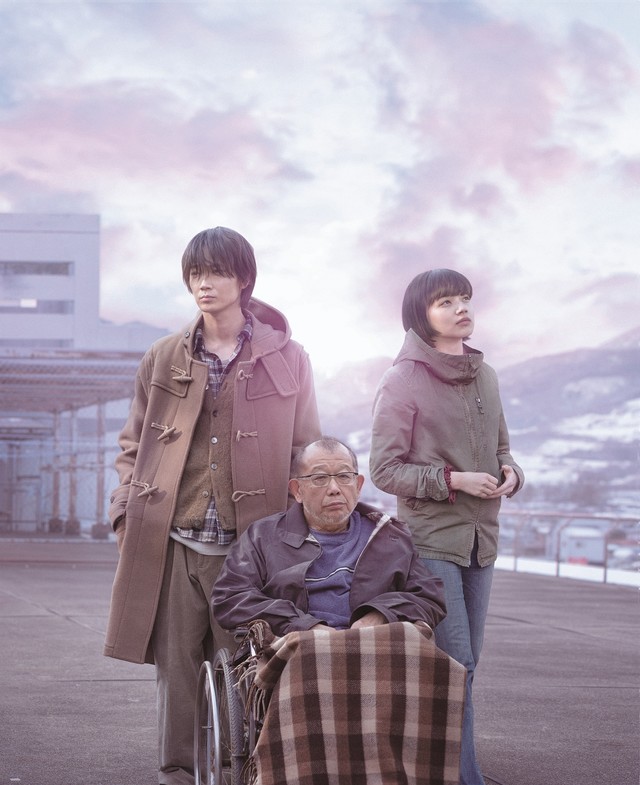 Hidemaru Kajiki (Tsurube Shofukutei), Chu-san (Go Ayano) and Yuki (Nana Komatsu) are patients at a psychiatric hospital in Komoro, Nagano Prefecture. Hidemaru Kajiki killed his mother and daughter-in-law. Chu-san used to work as a salaryman, but he suffers from auditory hallucinations. Yuki is a high school student and she refuses to go to school. Due to that, she receives outpatient treatment.

Patients at the psychiatric hospital try to live brightly, but things suddenly change. A murder takes place at the hospital. The murderer is Hidemaru Kajiki.

doram Dec 01 2020 5:30 am Just like what I said before, I finally got to watch this movie 1 year after my last comment on this page lol. For those who's contemplating whether to watch this or not: I recommend this movie for people who likes drama/family genre. The plot is about people who somehow got thrown away by their own family, trying to get back on their feet, trying to live their life. This movie gives a message for those, especially Japanese society, to not end one's life so easily.