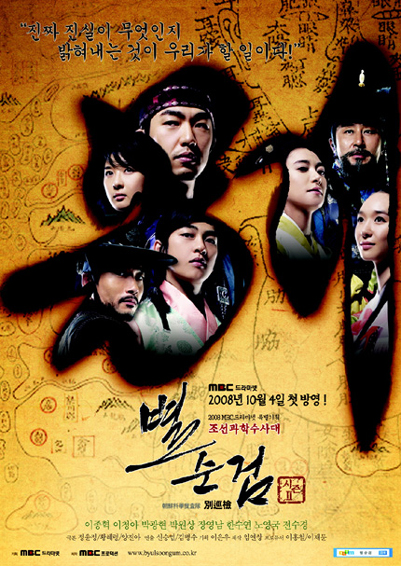 Jin Moo-Young (Lee Jong-Hyuk) is from a noble family. He respected his father, but his father made a wrong choice. Since that time Jin Moo-Young closed his mind.

Sun Woo-Hyun (Park Kwang-Hyun) was born from a gisaeng and a nobleman. He is a bright person.

Han Da-Kyung's (Lee Chung-Ah) father was a detective so she naturally followed in his footsteps.

Ji Dae-Han (Park Won-Sang) is highly intuitive, even though he was not well educated.

These members set out to solve mysterious cases ...