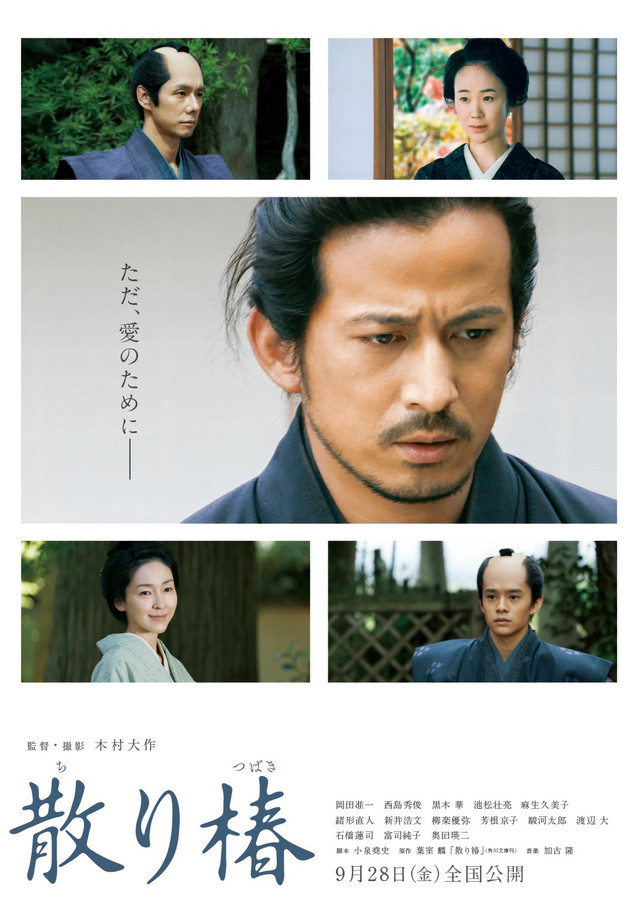 Shinbei Uryu (Junichi Okada) appeals his boss’s corruption and his appeal is denied. He is kicked out from the han. Shortly afterwards, his wife Shino (Kumiko Aso) collapses from a disease and dies. Right before her death, she tells Shinbei Uryu, "I hope you go back to the han and help Uneme Sakakibara (Hidetoshi Nishijima).”

Richard Hill Aug 23 2020 10:53 pm Wonderful, beautiful movie! The sword choreography was unbelievably technical, Magnificent! The cinematography impeccable and just a wonderful story line with warm honest heartfelt acting.. Please bring it to the USA! I saw this on an international flight and have been telling my friends, but I can't show it to them! Where can we buy a DVD with sub titles, or without? Please!

Thanks for a wonderful story!

Evan T Feb 06 2020 7:25 pm Great movie that I saw in a film fest. I'm just frustrated that Japanese studios will spend the resources subtitling them for release on airlines and film festivals, but then the subs disappear bc they're never get distributed for home release in the U.S.... Same thing happened with Samurai Chronicle. It's been 2-3 years and I can't find a decent english sub for either films!

Ardem Jul 08 2019 6:03 pm Hi Karen, he is no longer a serving samurai so he doesn't have to wear the helmet and can do whatever he wants with his hair.

Karen Apr 28 2019 8:06 am A worthwhile movie available on the United Airlines movie menu....why is Shinbei Uryu's hair style different than that of the other men?

ren Oct 13 2017 8:26 am sosuke ikematsu and nishijima hidetoshi again! look forward to it