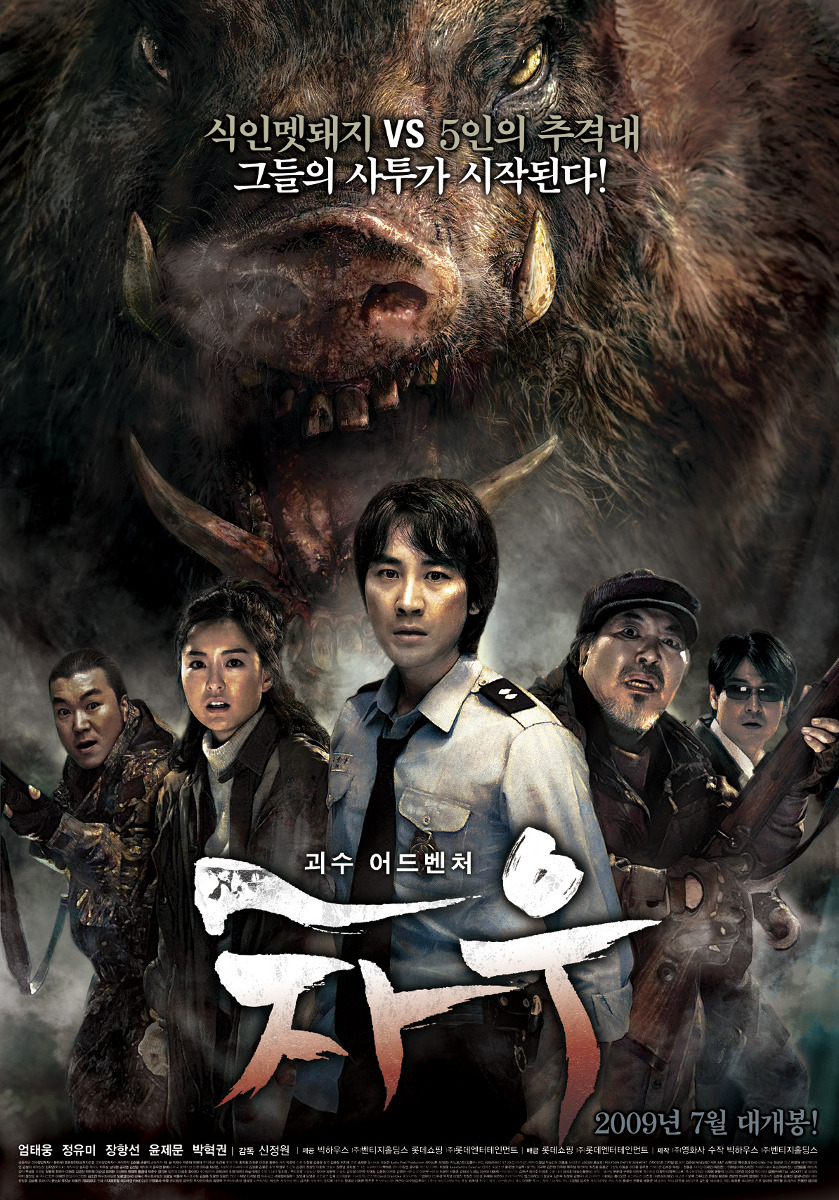 Chaw is the name for a man-eating wild boar with a body length of 2m and approximate weight of 410kg. Sameri is a quiet village on the foot of Mt. Jiri in South Korea where no incidents have occurred in 10 years.

One day a mangled human wrist is found and the village of Sameri is placed in fear and severe anxiety. Shortly later another body part is found and then footprints are discovered with bloodstains. Former hunter Cheon Il-Man (Jang Hang-Seon) lost his granddaughter and he now suspects her disappearance is tied to the man eating boar. Cheon Il-Man then gathers some residents to find the boar including Kim Sun-Kyeong (Eom Tae-Woong), professional animal hunter Baek (Yun Je-Mun), and Detective Shin (Park Hyuk-Kwon). Animal ecosystem researcher Su-Ryeon (Yu-mi Jeong) is also enlisted in their hunt. 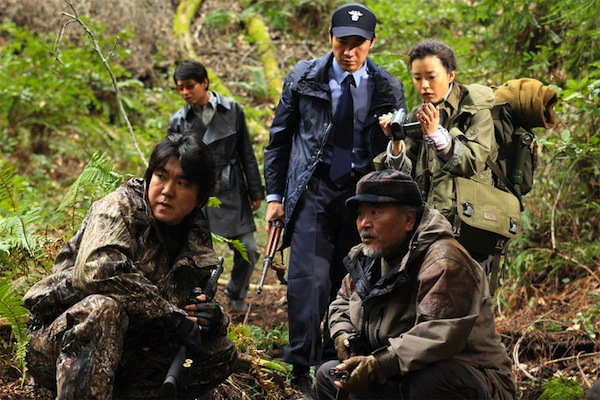