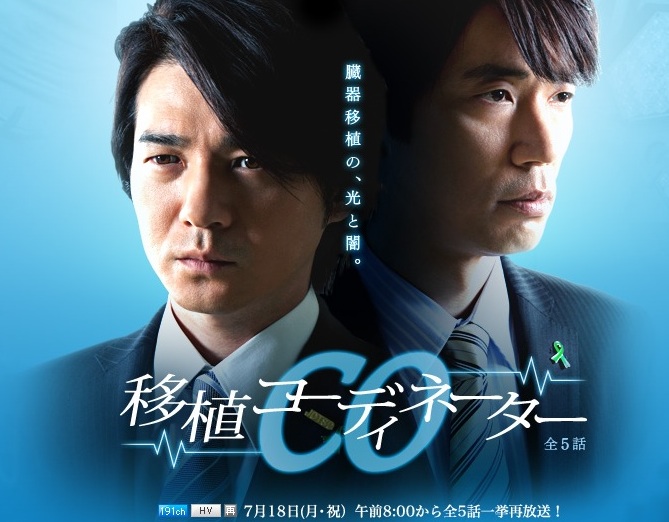 A mother named Miki (Yumi Asou) has a 6-year-old boy suffering from cardiomyopathy (heart muscle disease). She waits for a transplant surgery for son.

One day, a 6-year-old boy falls from the porch of his apartment and is brought to Takenouchi General Hospital where is he pronounced brain dead. By law, a child who becomes brain dead from abuse is not allowed to become a donor for a transplant. The 6-year-old child is the first person under the age of 15 years who has been pronounced brain dead since the enactment of the revised organ transplant law. Ono now finds himself caught between the families of donors and recipients ...